Late on Bank Holiday Monday, 28th August, two separate problems were identified with the overhead on Midland Metro meaning that a severely disrupted service was able to operate to start with on Tuesday 29th August. The two sites affected were just north of Wednesbury Parkway and at Priestfield.

Problems were first reported shortly after 2000 on Monday 28th August but all trams managed to return to depot as normal at the end of the day. Repairs started in earnest during the morning of Tuesday 29th August but early morning services were only able to run between Grand Central and Wednesbury Parkway as this work continued. The power was temporarily switched off north of Wednesbury Great Western Street from around 1015 meaning this became the northern terminus for approximately 15 minutes. Then from 1030 trams were running through to Black Lake. Trams here used the crossover just north of the platforms to return south. For a time a shuttle service – using 24 – was also introduced between Black Lake and Wednesbury Parkway. A full service was finally able to be introduced between Grand Central and Priestfield shortly before 1400.

21 and 30 stand at Wednesbury Parkway in platforms 2 and 3 as passengers wait at the southbound platform hoping to get into Birmingham. 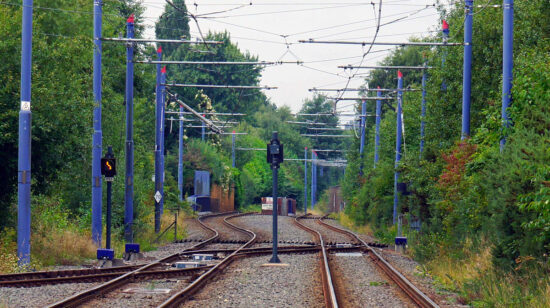 Looking north from Wednesbury Parkway towards the affected overhead. 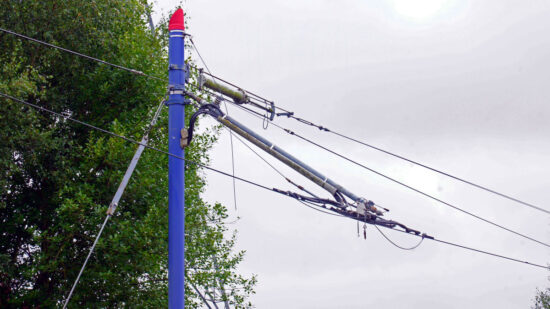 A close-up of the affected overhead with a section seen hanging down. 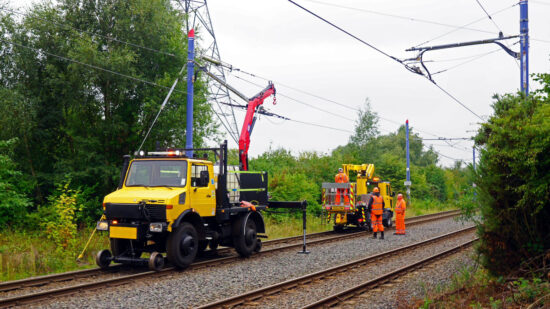 Two of Midland Metro’s engineering vehicles on the scene to help effect repairs. 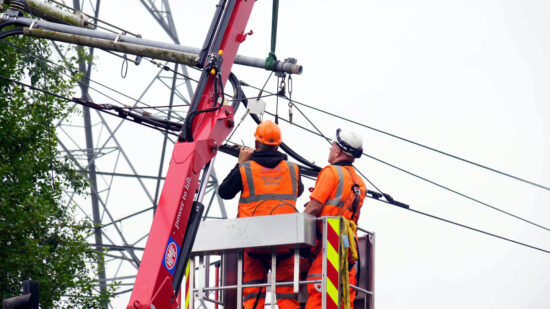 Work is underway to repair the overhead. 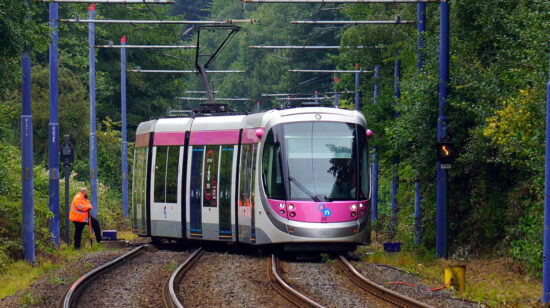 28 uses the crossover at Black Lake. This is to the north of the stop and was used whilst the trams were out of service as the stop was used as a terminus. (All Photographs by Andy Walters)