At the recent Tinkers Park Bus and Railway event a miniature tram was discovered – a tram which hasn’t previously featured on these pages (as far as we can remember!) and which we don’t actually have any information on! Ken Jones provides the pictures.

Tinkers Park is home of the Claude Jessett Collection and is in Sussex next to the historic village of Hadlow Down. The first steam engine rally was held in 1966 and over the years since over £150,000 has been raised for Cancer Research. Now in the hands of a dedicated band of volunteers it is now open on a select few occasions during the year with the Great Bush Railway in operation, alongside the mechanical musical fair organs and the mighty steam engines.

Included in the collection is this delightful double deck miniature tram numbered 1 but of which next to no information is available on. Can any readers help Ken – and the rest of us! – to identify the tram? 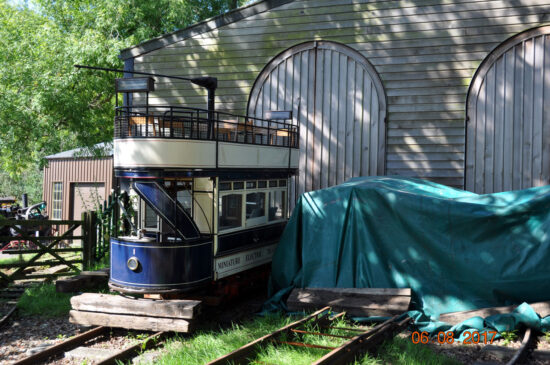 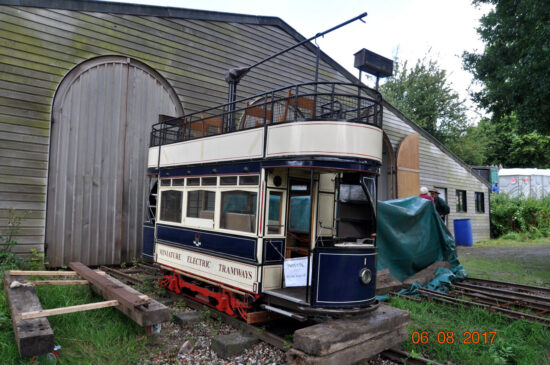 2 Responses to In Pictures: Miniature Tram at Tinkers Park