We reported at the weekend how Leeds 345 had received wartime additions as part of the WWII Home Front event which was taking place at Crich but that wasn’t all that was happening during the event. A regular tram service was in operation throughout both days alongside wartime re-enactors and some other visiting vehicles. Photos from Hazel Quarmby. 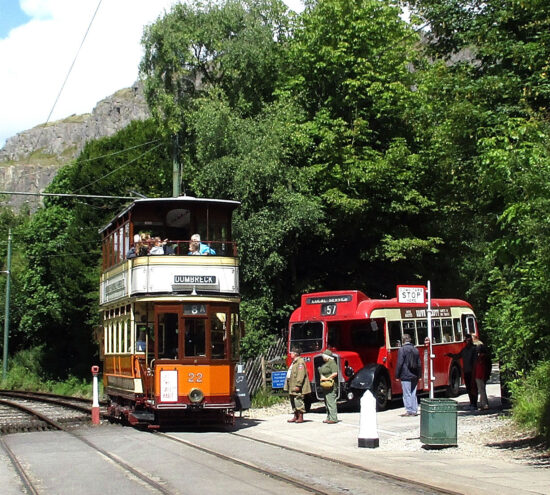 Glasgow 22 passes the stop at the Museum Entrance bound back for the main museum site. It passes a visiting bus which was being used to transport evacuees.

Blackpool 40 heads away from the camera at the Museum Entrance/Victoria Park stop. The evacuee bus is still also parked up.

40 is joined by Liverpool 869 as they both head north.

The tram of the moment, Leeds 345, passes the bus again showing off its wartime condition as it does.