Posted on Wednesday 2 August 2017 by Gareth Prior

Another tram which doesn’t often get much publicity can be found at the Oxford Bus Museum; this is a Gloucester Horse Car but it is currently masquerading in an Oxford livery.

Currently numbered 1 it is not known what number the tram was originally allocated in the City of Gloucester Tramways Co fleet but it was built by Starbuck in Birkenhead in 1881 and continued in service until 1904 (by which time it had become part of Gloucester Corporation Tramways). Following withdrawal it followed in the familiar footsteps of becoming a garden shed before it enter preservation in 1966 after periods at a school and then Gloucester Transport Museum it moved to the Oxford Bus Museum in 2011. A full cosmetic restoration was then undertaken and this was completed in July 2016 with the tram now carrying the number 1 and finished off in Oxford livery.

Oxford Bus Museum is open Wednesdays and Sunday throughout the year and on Saturdays in June, July and August. It also opens on Bank Holiday Monday’s and New Year’s Day. 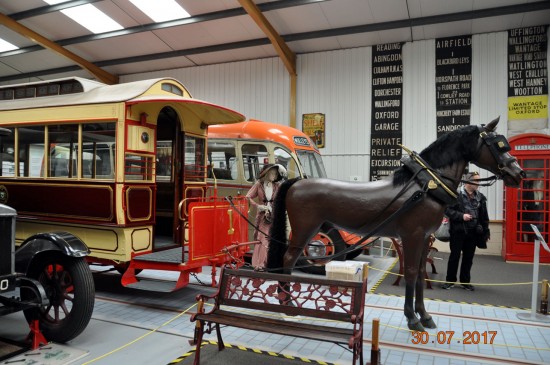 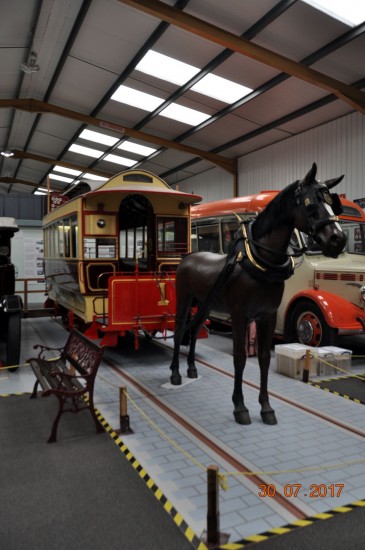 Surrounded by buses no. 1 – with the obligatory horse – on display at the Oxford Bus Museu,. (Both Photographs by Ken Jones)