Starr Gate Depot at Blackpool remains fairly rare territory for members of the heritage fleet, but on 1st August visiting Brush Railcoach 623 headed into the modern building for the first time in its life – indeed the last time 623 was in Blackpool before the start of its current loan period, the depot hadn’t even been built!

623 has been a regular sight on the daily ‘blue’ heritage service of late, running along the promenade and Tuesday 1st August was one such day. However due to an issue with the traffic signals at the Manchester Square junction, the tram was unable to get back into the Rigby Road depot at the end of its duty, and therefore it was forced to head south to Starr Gate to be stabled there.

These rare pictures taken by Andrew Wade, show Brush car 623 being shunted around the depot track fan at Starr Gate after service on that day. 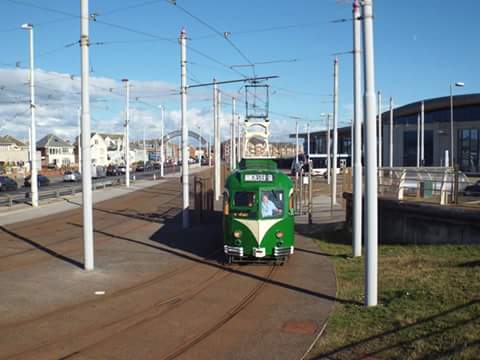 The striking wartime livery of 623 makes an impressive sight emerging through the gates to come out of the depot fan at Starr Gate. 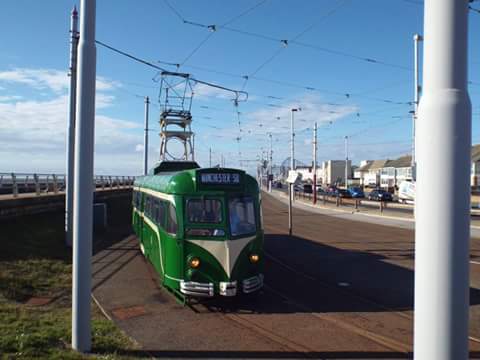 623 moves on the headshunt back towards the modern tram depot. 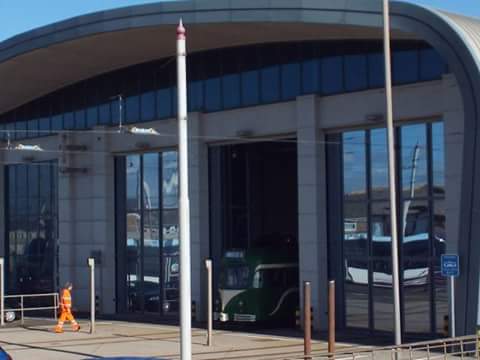 623 looks positively dwarfed by the enormity of Starr Gate depot! (All photos by Andrew Wade)