In Pictures: New advert for 261 as Edinburgh launch late night trams for Festival

Posted on Saturday 29 July 2017 by Gareth Prior

Edinburgh Trams 261 has received new adverts to publicise the Edinburgh Festival and the special tram service running on Saturday nights throughout August. This service will see trams running every half hour between midnight and 0530 on Saturday night/Sunday morning to help festival goers make the most of a packed programme of events.

The livery on 261 follows the usual advertising livery pattern with the third and fifth section of the tram having full height adverts with the remainder of the tram just having the roof level vinyls. These vinyls replace the now out of date adverts for the Royal Highland Show which had been applied in mid-May and is the fourth different design for this tram since the end of 2016. It appears that 261 will continue to receive new adverts to publicise events in the city as and when necessary.

On every Saturday in August Edinburgh Trams will be running trams approximately every 30 minutes between midnight and 0530 on the Sunday to enable passengers to get back home after the conclusion of events during the Festival. This special service will run on 5th, 12th, 19th and 26th August with normal fares still applicable. 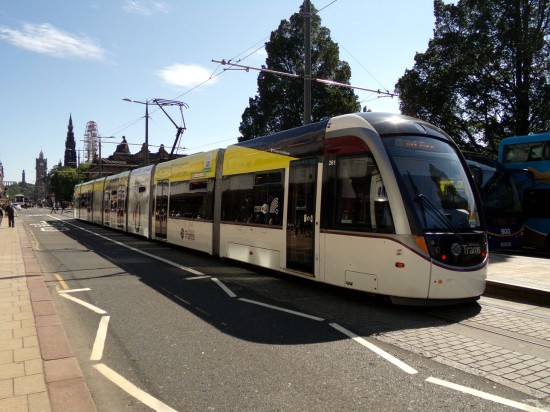 The new look 261 on Princes Street on 24th July whilst working through to York Place. (Photograph by Alasdair McFarlane) 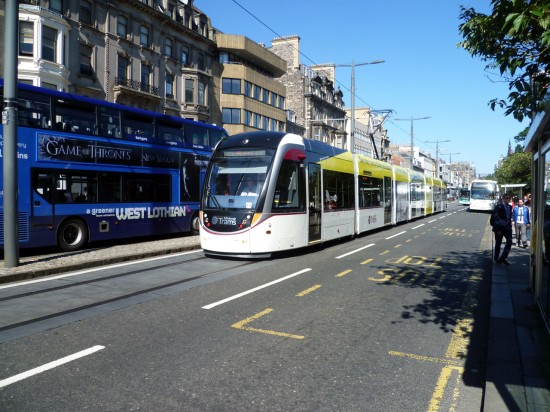 Another view of 261 as it runs along Princes Street on 24th July, this time bound for the Airport. The livery advertises both the Festival and the special tram service. (Photograph by Roy Calderwood) 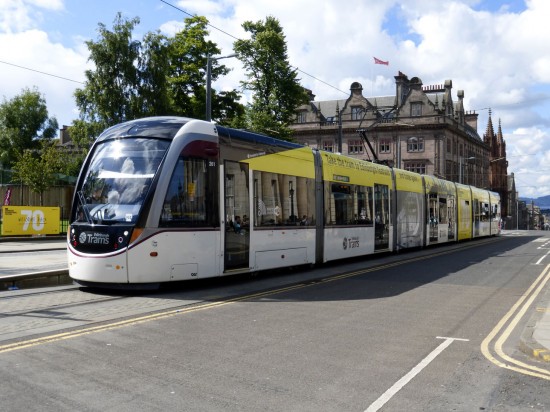 St Andrew Square is the location on 27th July for this look at 261. 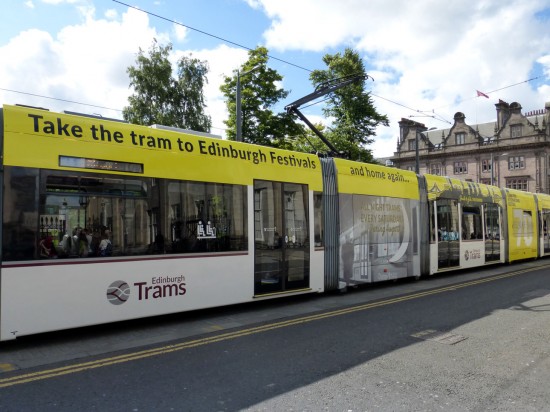 A closer view of some of the detail of the livery. 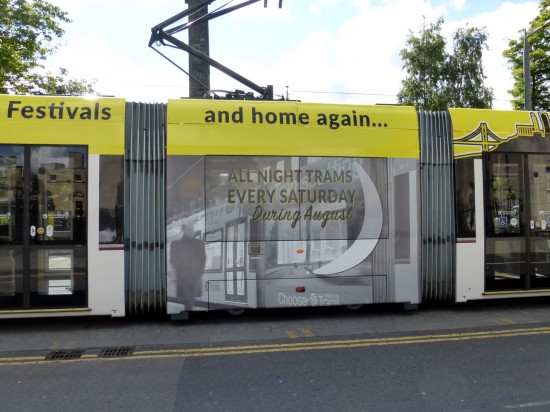 This section of the tram advertises the all night Saturday service. 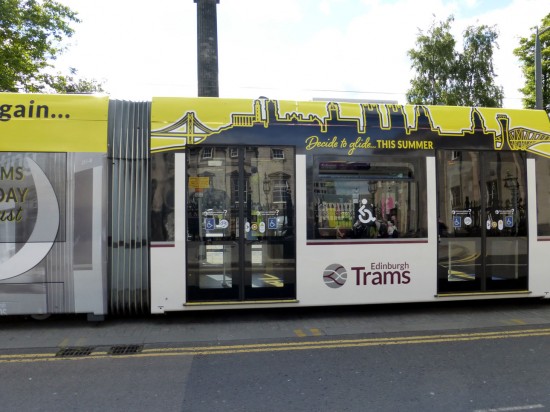 One final view of part of the tram’s livery. (Photographs x4 by John Hampton)