Posted on Sunday 2 July 2017 by Gareth Prior

The Grampian Transport Museum in Alford is usually the home of two trams. Earlier this week we reported on Aberdeen horse car no. 1 which has gone back home to Aberdeen for a few months but that still leaves one further rare survivor at the museum – Cruden Bay Tramway 2.

The Cruden Bay Tramway must be one of the smallest tramways to have ever existed with it only ever having two trams to run the service along a line less than a mile long. It also earns the distinction of the being the most northerly tramway in the British Isles. It was built in 1899 to connect Cruden Bay Railway Station with the Cruden Bay Hotel by the Great North of Scotland Railway who owned the hotel. Opening in June of that year the line was a single line built to 3’ 6 ½” gauge running for 0.66 miles. Two trams were built by the Great North of Scotland Railway at Kittybrewster completed in a purple lake and cream livery with Cruden Bay Hotel on the rocker panels.

Passenger services ended on the line on 31st October 1932 although a goods service continued on the line until it was requisitioned in March 1941 by the Army. The two trams were then sold on as summer houses and then in 1988 both were saved for preservation.

The tram now restored at the Grampian Transport Museum has used the best bits of both cars. 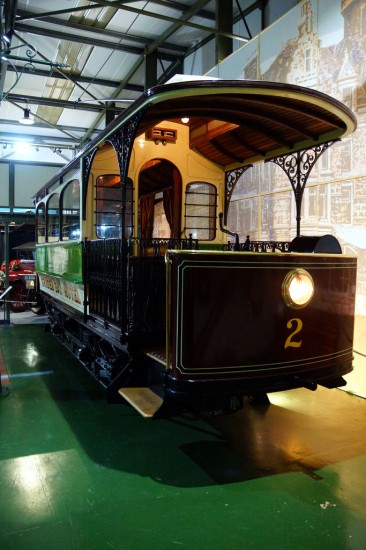 An end view of 2. For passengers the interior was ornate and luxurious. However for the drivers they were exposed to the northern Scotland elements. 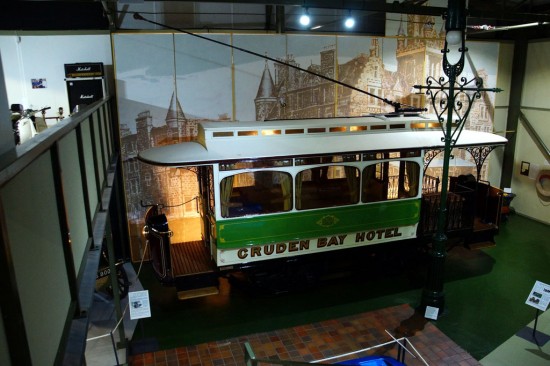 Another view of the tram’s exterior, showing the side livery to good effect. 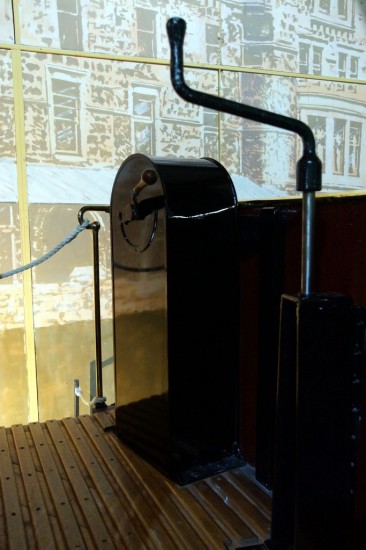 A close-up of the driver’s platform showing the controls. 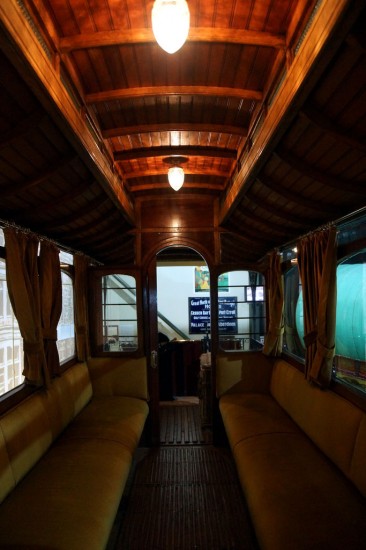 Looking inside the passenger saloon. (All Photographs by David Mee)