It has come to light that Dudley & Stourbridge 5 has recently returned home to the Black Country Living Museum, following a lengthy period spent in Wales where the tram has been undergoing a major overhaul. It is not known how long the tram has been back at Dudley, but it appears that the work is largely complete; certainly the tram appears to be structurally completed and it is also fully painted.

There appears to be some materials stored inside the tram, presumably which are to be added to it now it is back on home turf. The car also awaits the re-fitting of a trolley arm and its lifeguards. It is hoped that 5 can be commissioned for use soon, as this would take considerable pressure off the museum’s other operational single-deck ‘Tividale’ car, Wolverhampton 34, which it is hoped will follow the similar 5 in being extensively rebuilt at some point in the not too distant future.

Recent issues may lead us to think that the Internet is a big scary place full of keyboard warriors, but it is worth noting that we only found out about this exciting development because somebody had posted a photo of 5 on a Facebook group called ‘International Tram Appreciation Group’ – a reminder of Internet groups at their best, where people share knowledge and pictures to benefit like-minded individuals. 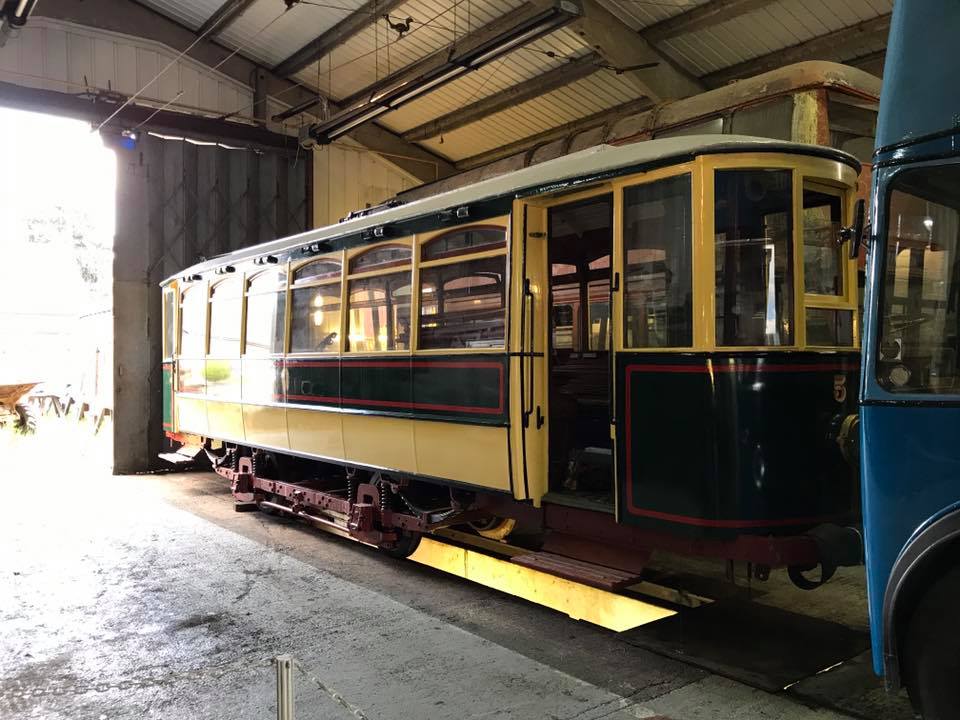 A recent view of Dudley & Stourbridge 5 in the tram depot at the BCLM following its return to the site, and looking much smarter than it did before it left! (Photo by Ryan Breen)