The 2012 ‘Power from the Past’ event at Beamish, the Living Museum of the North, has witnessed the unveiling of two familiar trams in very unfamiliar new colour schemes. As has been extensively reported here on British Trams Online, Oporto 196 has been treated to a heavy overhaul and a repaint in a South Sheilds inspired blue and yellow livery, whilst old favourite Gateshead 10 has regained its former identity as Grimsby & Immingham 26 in all-over green.

The repaint of 10/26 was carried out within a very short timeframe, but as usual those involved in the project have created a stunning outcome. Although the Grimsby & Immingham livery applied is very plain, it still looks very smart and attractive, with some regular visitors already expressing a preference for the car in this guise over its normal Gateshead livery! A very authentic repaint has been nicely finished off with the addition of fleet numbers in the appropriate typeface, and British Rail emblems which look stunning. The tram has also had its destination boxes and roof advert panels, revealing the chlestory roof which is normally hidden from view, and which has also been repainted. 26 entered service in its new identity on August 31st, marking the first time that it had operated in green since the Grimsby system closed in 1961, and the first passenger use of any Grimsby & Immingham tram since 1964, when sister car Gateshead 5 ran in the same livery at Crich, as G&I 20.

The transport department at Beamish had also hoped that the freshly painted Oporto 196 would be able to make its passenger debut at the same event, but the project has overrun slightly and as initial testing revealed a hot axle box it was decided not to risk running the tram in service. Although this issue is hopefully only a minor one that will be eliminated by further running-in, the decision not to use a tram with a known problem during an extremely busy special event is completely understandable. On a brighter note, 196 has been displayed prominently in front of the tram depot as much as possible, allowing visitors to admire its beautiful South Shields livery. Hopefully the car will soon be back in regular use, and is sure to prove useful as this museum has been rather short of fully enclosed cars recently. 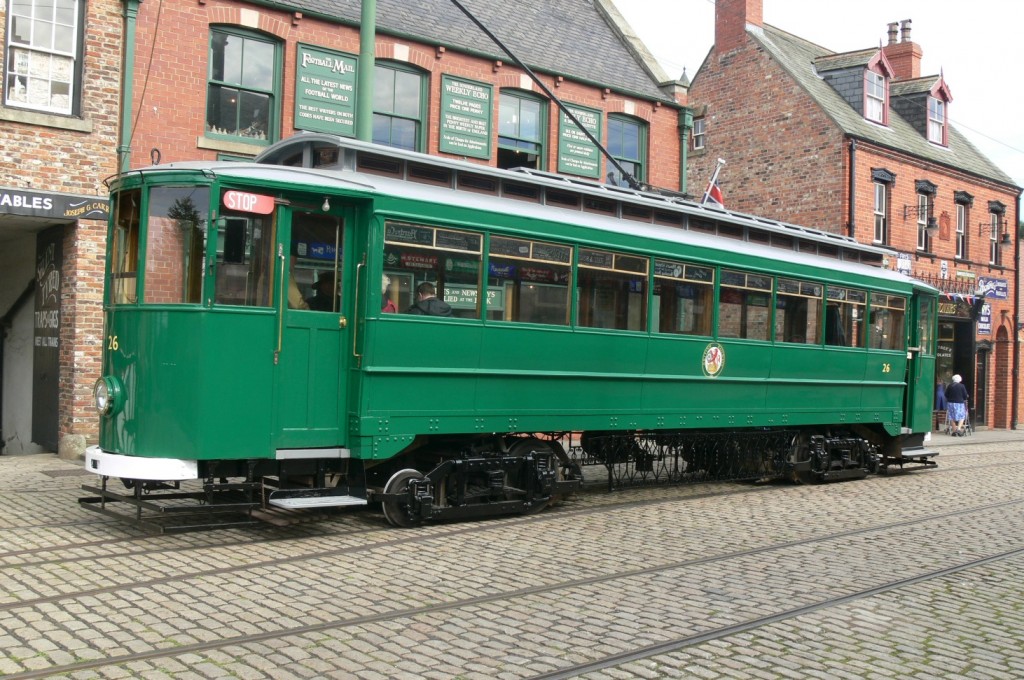 A lightly-loaded Grimsby & Immingham 26 seen in the period street at Beamish Museum on its first day of service. (Photo by Tony Waddington) 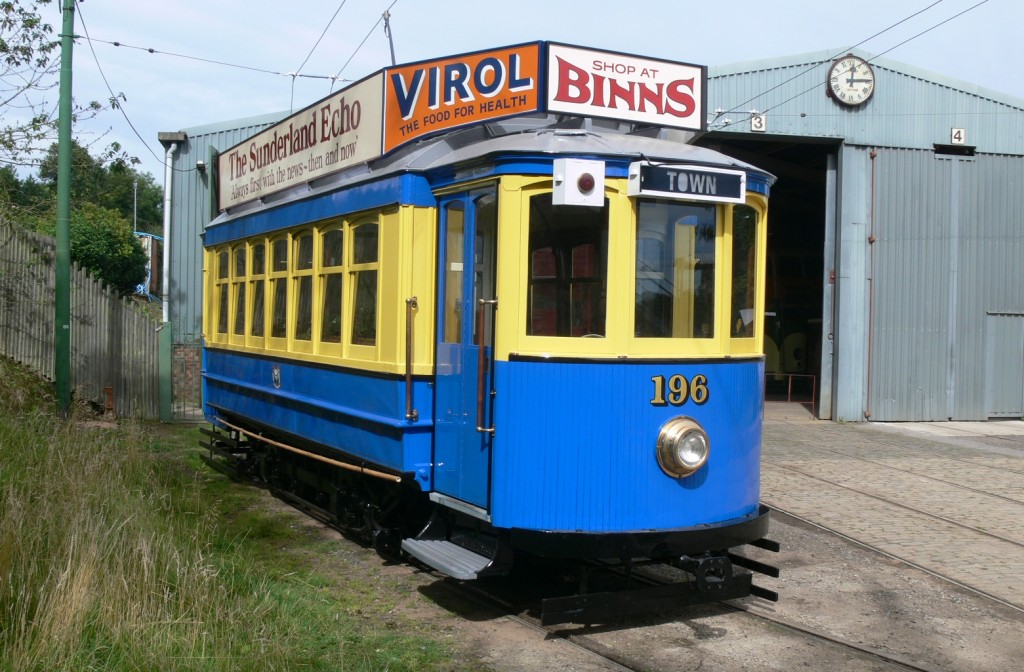 The immaculate 196 seen on display outside the Beamish tram shed on Friday 31st August 2012. (Photo by Tony Waddington)

2 Responses to Tramcars transformed at Beamish