Posted on Saturday 11 March 2017 by Gareth Prior

Its another visit into the photo archives for Picture in Time and in this edition we are in the West Midlands on Midland Metro with an image taken at the northern terminus of the line, Wolverhampton St George’s.

The tram in the picture is no. 15 one of the T69s built by Ansaldo Transporti, Italy for the opening of the line. 15 arrived at Wednesbury Depot on 11th November 1998 (the same day as no. 14). 15 remained in service until withdrawal in September 2014. Unlike many of the class it didn’t hang around Wednesbury for long with its trip to Long Marston coming on 15th October 2014.

In this view we see 15 at Wolverhampton St George’s on 10th September 2009 shortly after it had terminated with a service from Birmingham Snow Hill. 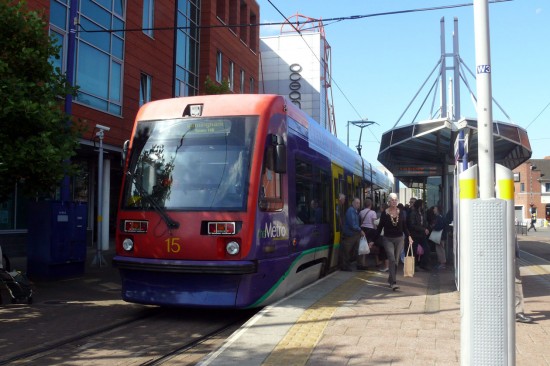