Posted on Saturday 21 January 2017 by Gareth Prior

Two more images from Manchester Metrolink for today’s Picture in Time with the T68 featured in this edition being 1008 with both photos dating from 27th April 1992.

1008 had been in Manchester since 28th December 1991 with it being one of the two trams to inmagurate services on 6th April 1992 from Bury to Victoria when it was coupled to 1004. Its fame increased on the day these photos were taken as it broke the banner on High Street at 1100 to formally open the city centre Metrolink lines (it was then used for a special tour for dignitaries to G-Mex and back to Victoria). Then when services started to Altrincham on 15th June 1008 formed the first service from Victoria to Altrincham. 1008 continued in service until 13th June 2012 when it became the third of the class to be withdrawn and it then remained in Manchester until 16th May 2014 when it departed for Rotherham and scrapping.

As mentioned above both of these photos were taken on the first day of services through Manchester City Centre on 27th April 1992. In this first image it is G-Mex bound which at the time remained the terminus for services heading towards Altrincham. 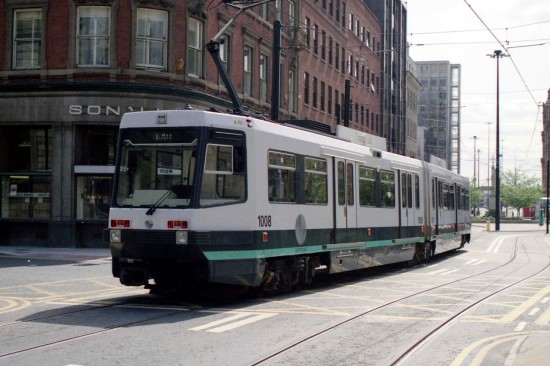 And then later on the same day we catch up with 1008 as it departs from G-Mex back into the city centre. 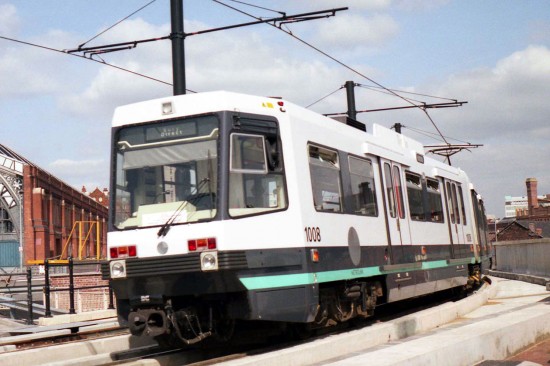