Posted on Tuesday 6 December 2016 by Gareth Prior

Saturday 3rd December saw another outing for the replica Llandudno and Colwyn Bay Electric Railway tram no. 7 with the tram visiting both Colwyn Bay and Llandudno including a run along the former tramway route which linked the two North Wales town.

7 started off in Colwyn Bay where it visited Station Road and was then hauled along the route of the Llandudno and Colwyn Bay Electric Railway to Llandudno. The tram then took part in the annual Father Christmas Parade through the town. 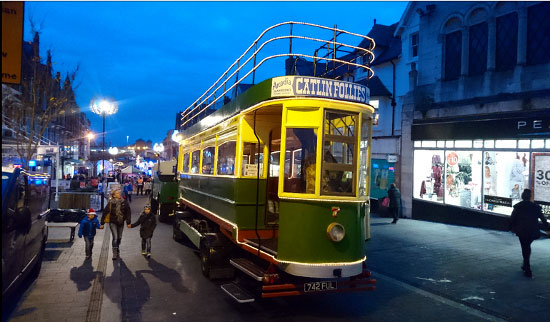 The photo shows 7 in Colwyn Bay before it returned to Llandudno. (Photograph by Andrew Scarrett)