Beamish, the Living Museum of the North has announced a rather unexpected but very welcome surprise in the shape of a new addition to its collection of vintage trams. The vehicle in question is a former Leamington & Warwick horse car, which had previously resided at the Summerlee Museum near Glasgow, but which has now transferred to a new home in the North East.

The tram is believed to be Leamington & Warwick 8 which was formerly housed at Birmingham Railway Museum alongside similar car 1, which was later acquired by the Tramway Museum Society and is now on display in the Crich Exhibition Hall in unrestored condition. Some restoration work was actually carried out on car 8, but this work was eventually abandoned and was acquired for Summerlee some years ago due to the fact that some ex-Leamington horse cars were sold on for further use in Glasgow. It was hoped that there its fortunes would change for the better, but with very limited resources it has rightly been decided to priortise work on the far more useful Glasgow ‘Coronation’ car 1245. This has presented Beamish Museum with the opportunity to acquire this tram, which already had some restoration work carried out on it, would be a viable project for them at some time in the future.

The Museum already has in store the remains of a Newcastle & Gosforth horse tramcar, and one possibility is to combine the best parts of both to create one operational tram. This is only one option, however, and further research will be undertaken into the history of the new acquisition before a final decision is taken on its future. It is unlikely that any further work will be carried out on either horse tram for the forseeable future, as there are many other vehicle projects in the pipeline, but it is nonetheless extremely pleasing that this move has taken place. One day this will enable Beamish to represent yet another important part of the North East’s transport heritage, and would undoubtedly help to cement its status as one of the world’s greatest operating museum tramways.

Congratulations should not only go to Beamish Museum for their new acquisition, but credit should also be given to the management at Summerlee Heritage Park for allowing this valuable tram to move to a new home. Following the disposal of Graz 225 to Brighton two years ago, this museum is at least showing that it is willing to co-operate with other organisations and make any surplus exhibits for which no positive future is likely at Summerlee, available to good homes; something that other museums could perhaps do well to learn from. 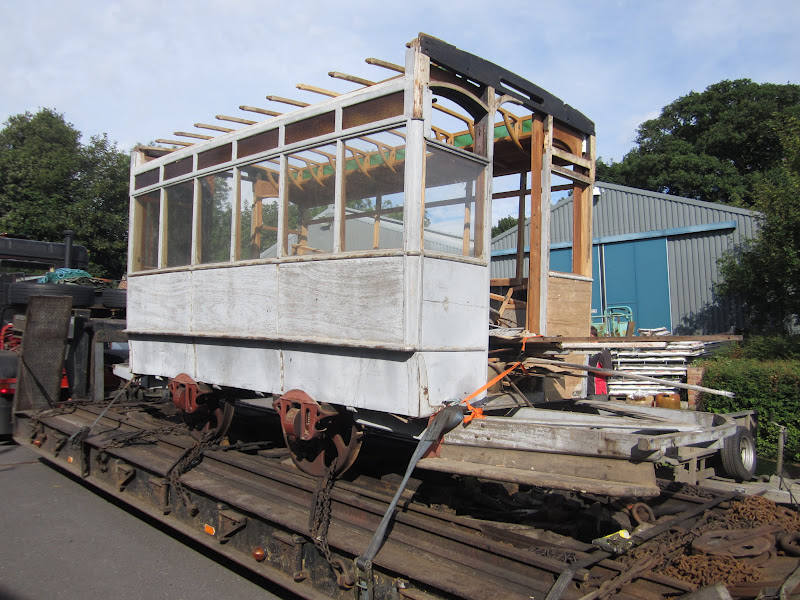 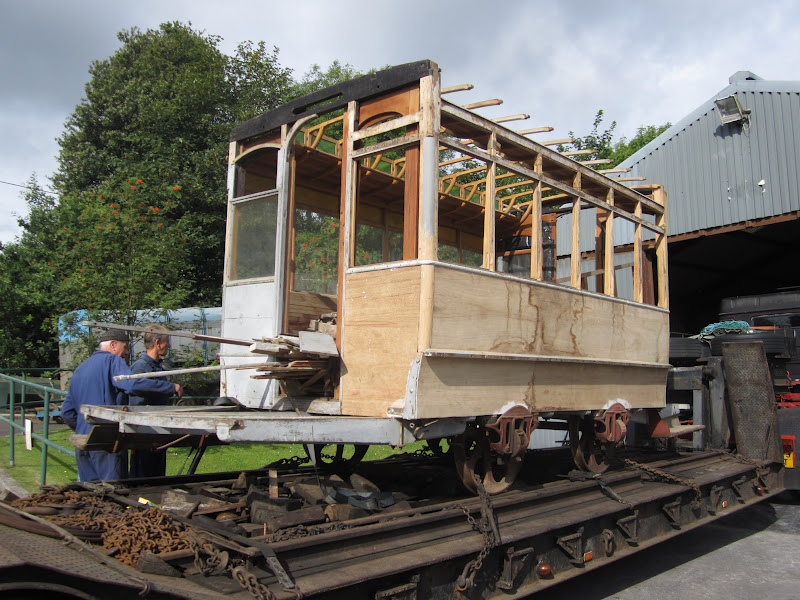 Another view of Leamington & Warwick 8 on arrival at its new home. (Photo courtesey of the Beamish Transport & Industry Blog)

This entry was posted in Beamish Tramway, Summerlee Museum Tramway. Bookmark the permalink.