Having been in the UK for almost three years the oldest Urbos 3 has finally entered service on Midland Metro. 17 was used in passenger service for the very first time as one of the evening peak extras on Tuesday 4th October and was then in use again the next day on a full day diagram.

17 was delivered to Wednesbury Depot way back on 11th October 2013 before it was officially launched to the press five days later on 16th October. It would have been expected that it would be used on test extensively following this but despite a few test movements all the other members of the class were prepared for service ahead of 17 before it really started to be commissioned for service.

This now means that all 21 of the Urbos 3s have been used in passenger service and brings to an end the commissioning process. The next step is likely to be the fitting of batteries to the trams – it had originally been expected that one tram would return to Spain for this to take place but so far no further information has been released on this project – to enable their use on the sections of tramway which will be built without overhead wires. Further examples of the Urbos 3 family will also be ordered for Metro extensions. 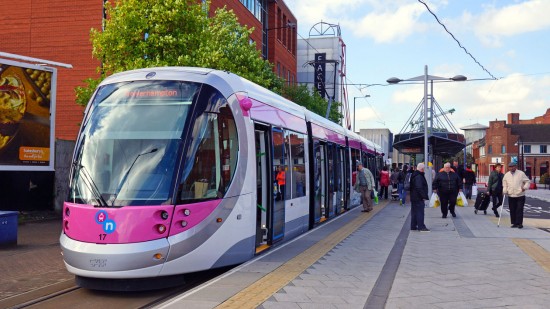 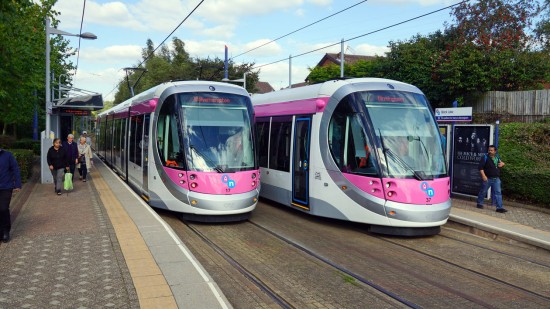 The first and the last of the current Urbos 3 fleet meet at Black Lake: 17 and 37. 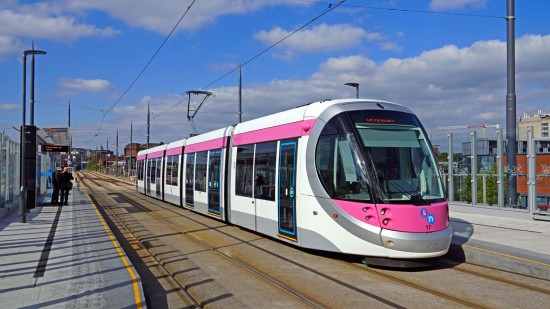 Another view of 17, this time we are at Snow Hill. (All Photographs by Andy Walters)

2 Responses to In Pictures: 17 finally enters service on Midland Metro