The latest window vinyls to be adorned on Manchester Metrolink trams are to celebrate the Chinese New Year which this year takes place on Monday 8th February. Unlike the Christmas vinyls added late last year these are less obtrusive and do not cover the entire window with simple writing wishing everyone a Happy Chinese New Year in both English and Chinese with a monkey also featuring on some windows (2016 will be the year of the monkey). At least 3005, 3030 and 3031 have received these vinyls. Photographs courtesy of Keith Chadbourne. 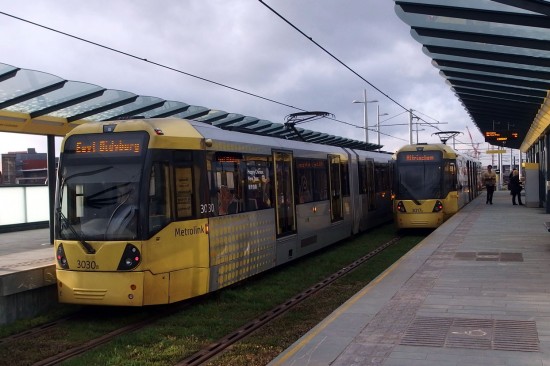 3030 - with window vinyls in place - alongside 3017 at Deansgate-Castlefield. 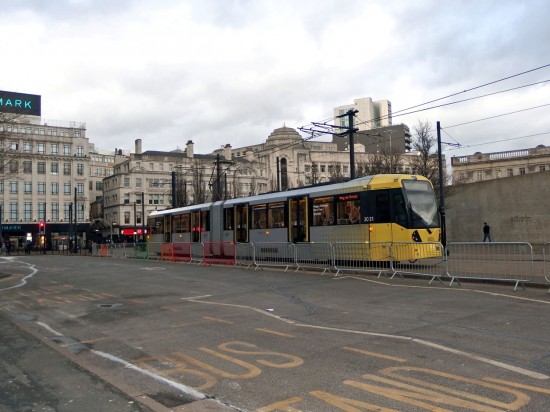 3031 in Piccadilly Gardens with the vinyls apparent on the windows. 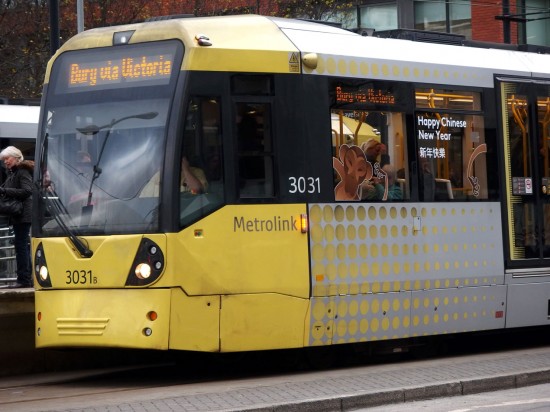 A close-up of 3031 showing the window vinyls to good effect. (All Photographs by Keith Chadbourne)