Posted on Sunday 20 December 2015 by Gareth Prior

A successful year of Heritage Tours in Blackpool has now come to an end with the last hurrah being the third and final Santa Specials on Saturday 19th December. As with the previous two Saturdays the Western Train was in situ at North Pier with the man in the red coat ready to meet the children – before embarking on a single trip at the end of the day – whilst two trams operated a regular timetabled heritage service along the Prom with the chosen pair being Balloon 717 and Twin Car 272+T2.

2015 started with an ambitious programme of heritage operations planned and very few would have thought it would have been successful as it has turned out to be, thanks in no small part to the dedicated volunteers who have helped to maintain the service. With Santa now making his final preparations for his one night of work a year heritage operations in Blackpool will be taking a break, but it isn’t a very long break as the 2016 season will start over the weekend of 30th and 31st January with a gold timetable due to be in operation utilising at least six trams per day. 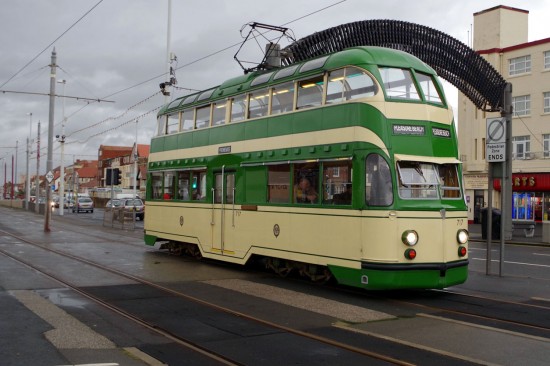 717 waits at Bispham with a service for Pleasure Beach. 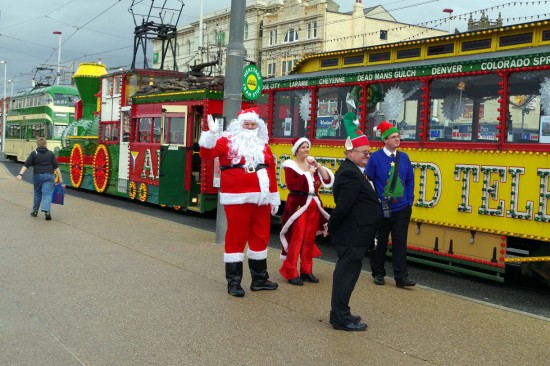 Santa and his gang wait at North Pier for some business as 717 departs northbound in the background. 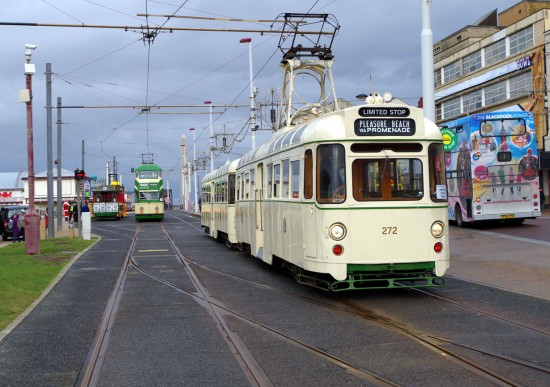 A busy heritage scene at North Pier: Twin Car 272+T2 are on the southbound stop and Balloon 717 waits alongside the Western Train. 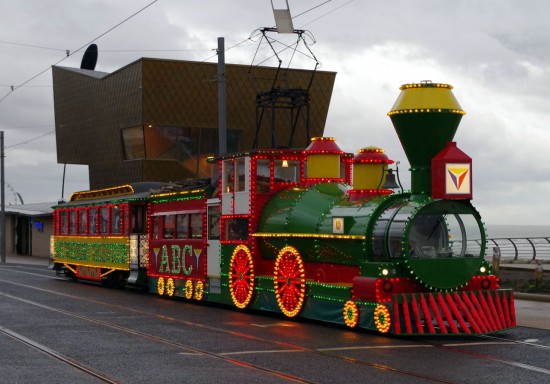 A wet and windy Blackpool Promenade is the scene for the Western Train as it awaits some visitors. (All Photographs by Ken Walker)