On Thursday 17th December, Blackpool & Fleetwood Box car 40 paid a rare winter visit to Fleetwood Ferry whilst operating an extra special public tour. Following the success of an earlier joint venture with Harry Ramsden’s, Blackpool Heritage Tram Tours once again teamed up with the famous fish and chip restaurant to offer a unique experience in the run-up to Christmas.

For a bargain price of just £12, members of the public could enjoy a tram tour from North Pier to Fleetwood Ferry and back, followed by a mid-afternoon meal of fish and chip at the restaurant sited directly opposite the southbound heritage tram stop at North Pier/Tower. The dining element of the package was also complimented by musical entertainment, making for a very enjoyable afternoon event. Better still was the decision to use car 40 for the tour. This tram last ran in winter on a regular basis in the 1930s before it was replaced by the modern streamlined fleet, so to have it running in December in 2015 was certainly unusual! Despite not being fitted with saloon heaters, the 1914 built veteran was a popular choice, and with some gold running days being held in January and February next year, hopefully this will not be the only time that something this unusual appears on heritage tours during the winter months.

As if one vintage tram in action wasn’t enough, Standard 147 was also out and about for a private hire the same day, meaning that the two oldest native trams in Blackpool were both running simultaneously. When was the last time a Fleetwood Box and a Marton Standard car were both out in December, one wonders? The way things are going though, it would seem unwise to bet against this happening again in the years ahead. 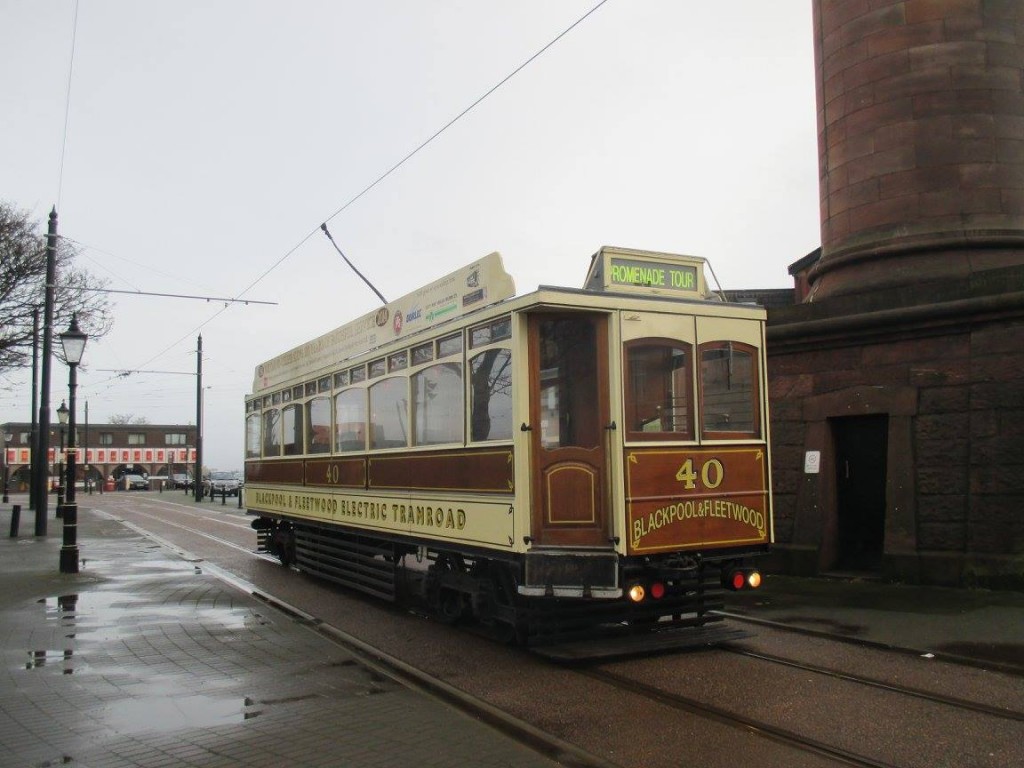 Not so long ago we would never have dared hope to see Box 40 at Fleetwood again - but here it is on Pharos Street, in 2015, and most remarkably of all, in December! The tram is pictured during a brief photo stop before returning south to transport its passengers to Harry Ramsden's restaurant. (Photo by Rob Bray)

One Response to Box-ing day comes early in Blackpool!