On Sunday 25th October Stagecoach Supertram held an Open Day at the Nunnery Square Depot with over 1800 visitors taking the opportunity to see behind the scenes. Included on the day was a behind the scenes tour (allowing visitors to see the accident damaged 118 and 120), cake, historic displays and the unveiling of 123 in a new livery with artwork by local artist Pete McKee.

The livery on 123 is described as a 21st anniversary celebration livery but in reality is just the standard Stagecoach Supertram livery with a few vinyls added to the windows depicting passengers travelling on board. It is not known how long the tram will retain these vinyls. 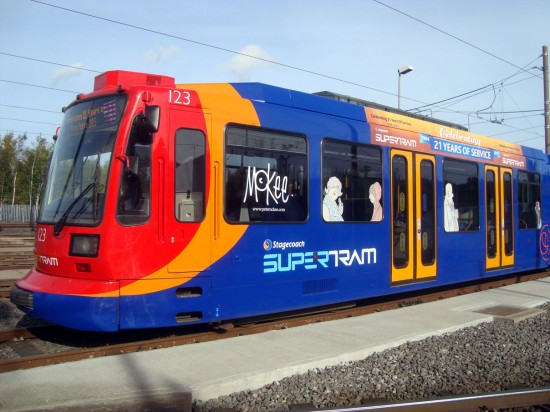 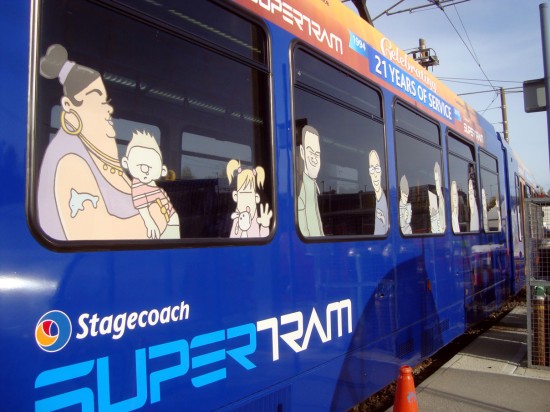 A close-up of some of the window vinyls on 123. 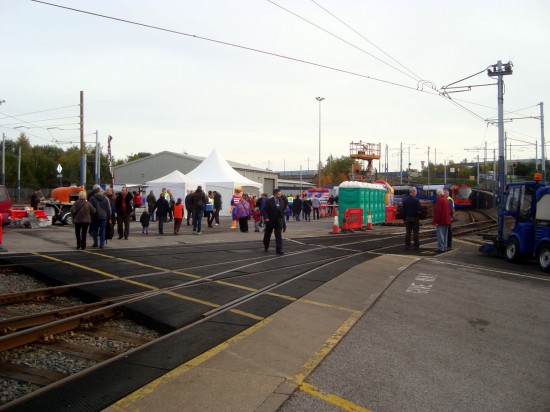 A general view of the Open Day, including Supertram Man in the centre. 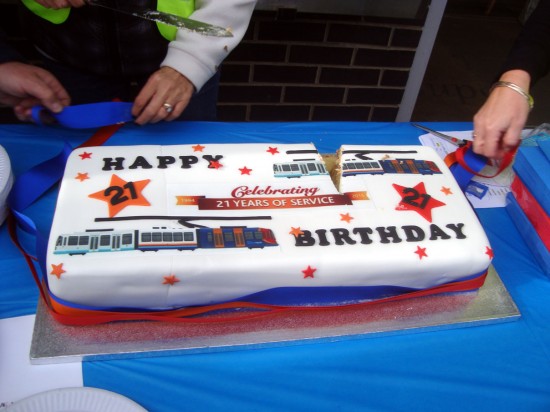 A view of the cake, quite why someone decided to start cutting it in the middle is anyones guess! 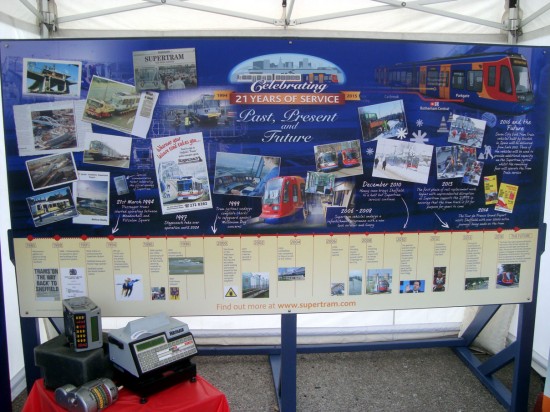 A board outlining the history of Supertram was on show. Also note the historic ticket machines. (All Photographs by Stuart Cooke)

4 Responses to In Pictures: Supertram 123 unveiled in new livery