Posted on Wednesday 26 August 2015 by Gareth Prior

After the trials and tribulations of the last few weeks Blackpool Brush 290 is finally undercover again following its removal from its display track at Pleasure Beach in the early hours of Wednesday 26th August. As previously reported on British Trams Online there was a previous aborted attempt to move the tram but following recent attention from Blackpool Transport’s fitters the second attempt was far more successful and 290 (627 if you prefer) is now once again to be found in Rigby Road Depot.

The first attempt to move 290 had been back on 11th August but after efforts to move the tram this had to be abandoned as the brakes had been wound tightly to ensure it did not escape from its compound and could not be released to allow the tram to be moved onto the low loader. Following this fitters from Blackpool Transport kindly agreed to assist and managed to free the tram and made sure it could be moved again using the Unimog to pull it slightly along the track.

After this it was a waiting game for a gap in Calkeld Heavy Haulage’s schedule and so it was in the early hours of Wednesday 26th April that a low loader arrived at Pleasure Beach with the overhead isolated to allow for the movement of 290. After the troubles of earlier in the month the loading was a surprisingly smooth affair and it didn’t take long before Brush Railcoach 290 was back on familiar territory at Rigby Road Depot.

290 – still numbered 627 at the time – was last seen at Rigby Road on 16th December 2011 when it left on the back of a lorry having been acquired for preservation by the Friends of Fleetwood Trams (now of course the Fleetwood Heritage Leisure Trust). It moved immediately to Kirkham Prison and over the following few months was transformed into the Diamond Jubilee Tram ready for a planned starring role in the 2012 Blackpool Illuminations. 290 was moved to Pleasure Beach on 22nd August 2012 and up until this morning had remained in situ alongside the turning loop constantly (albeit in three different forms). Now its time in the limelight is over for the time being and after almost four years away it is once again on the Blackpool Tramway.

It is just due to be stored at Rigby Road whilst the Fleetwood Heritage Leisure Trust formulate plans for the tram which, subject to final plans for the new Blackpool North Station extension, may involve it going back on public display in its home town although this is far from confirmed. But at the moment it is once again securely stored undercover and joins fellow FHLT tram Jubilee 761 at Rigby Road.

Meanwhile the display track at Pleasure Beach remains empty for now but it is planned that Centenary 641 – the Blackpool FC celebration tram – will be moved in due course to play its starring role in the 2015 Illuminations. 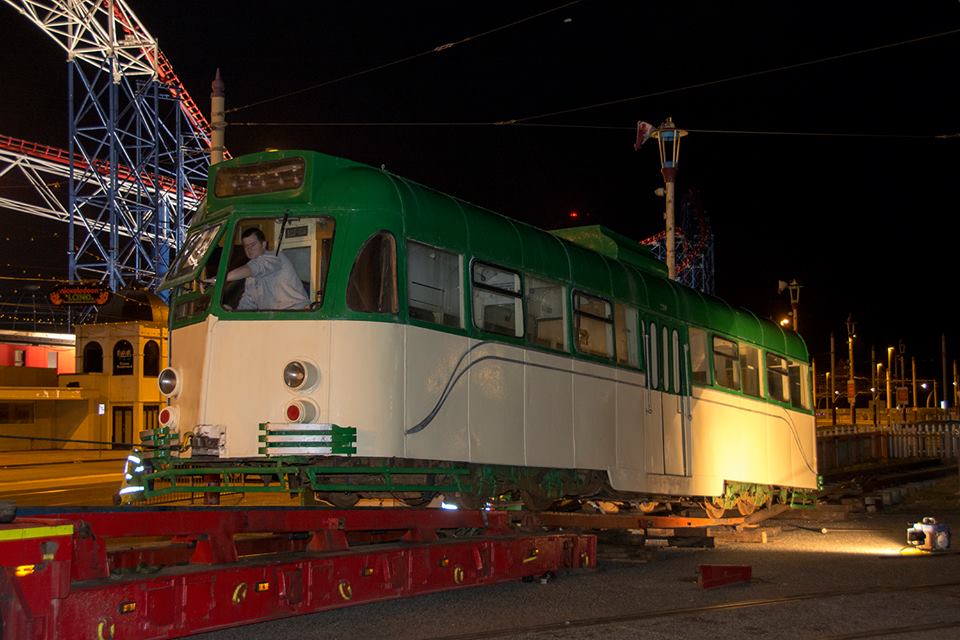 Slowly and carefully, Brush car 290 is winched onto the low loader used to take it away from the siding it had occupied for three years, and back to the security of Rigby Road depot. 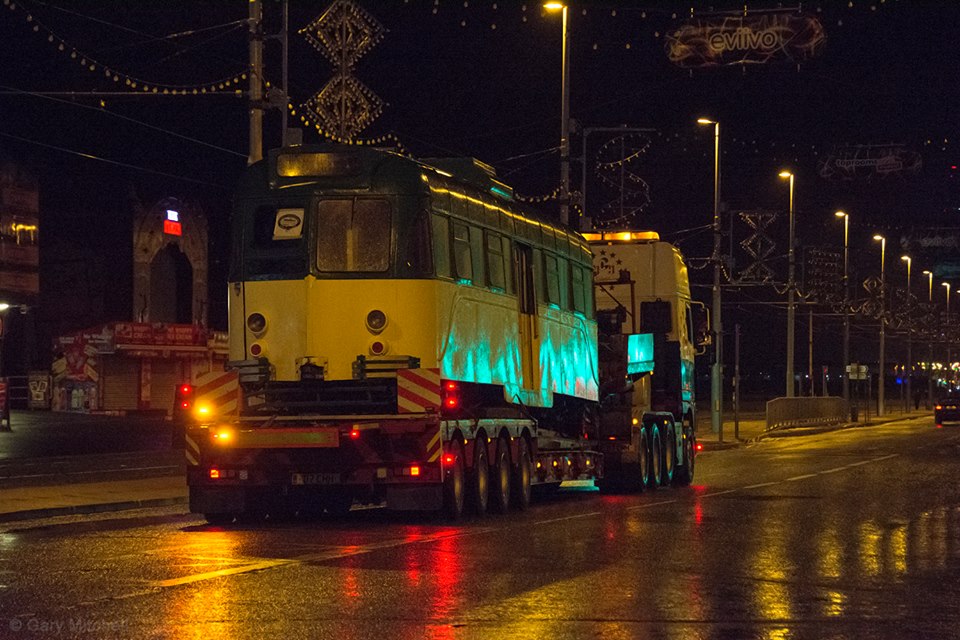 290 heads along the promenade it has trundled along so many times since 1937 - but this time it is on the road rather than the reserved tramway, and at a much later (earlier?) hour than normal! (Photos x 2 by Gary Mitchell) 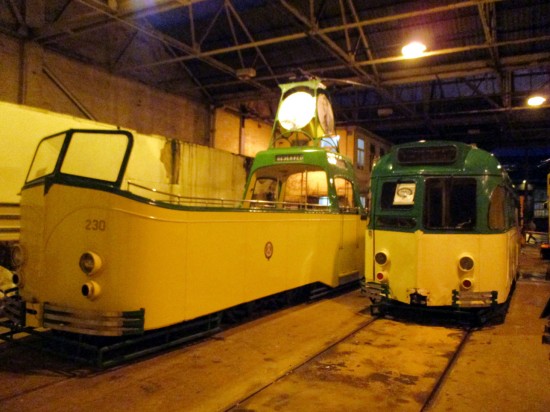 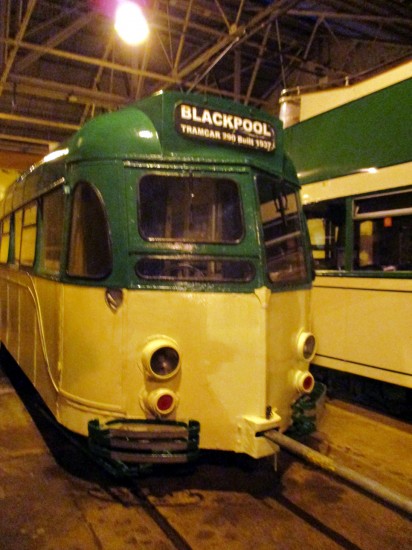 Another view of 290 at Rigby Road this time we see Princess Alice alongside. (Photos x 2 courtesy of Fleetwood Heritage Leisure Trust)