With the Fleetwood Transport Festival – aka Tram Sunday – due to take place this coming Sunday today’s Picture in Time is heading to the northern extremity of the Blackpool Tramway for a few views of the event in 1992 – which also happened to be on 19th July.

Fleetwood Tram Sunday – as it has become popularly known amongst enthusiasts and the general public at large – was first held in 1985 and proved so popular that it soon became an annual event. It has taken place every year since with the exception of 2010 when a lack of volunteers caused the events cancellation and although the tram output has differed over the years and the operating pattern had changed it is still a good chance for the heritage trams to stretch their legs all the way to Fisherman’s Walk as will be happening this year with a six tram service running from Pleasure Beach throughout the day.

That is the present but this series is more interested in the past and we bring you three photos from the 1992 event on Sunday 19th July. It was obviously a warm and sunny day as we feature three Boat Cars and Bolton 66 in action. What is most noticeable is that only Bolton 66 is in more or less the same condition today (give or take a few adverts).

Photo number one is Boat 602 wearing the Yellow and Black Handybus based livery. Also notice that the tram is carrying a pantograph – fortunately a short lived accompaniment. 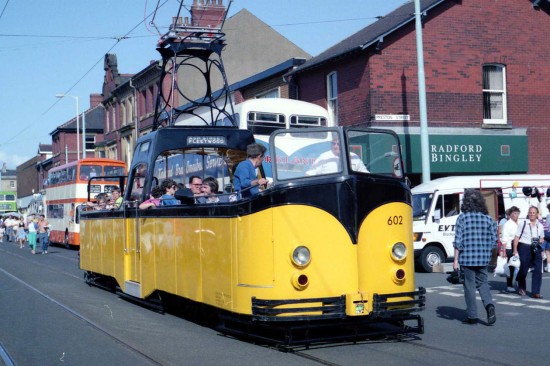 Next up is another Boat Car – this time it is 604 which is in the Red and White livery and it too has a pantograph fitted. 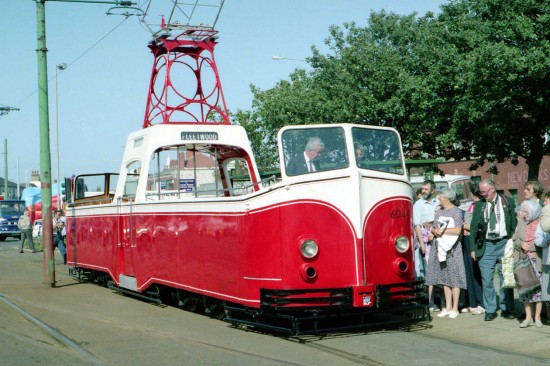 Finally we take a look at another Boat alongside Bolton 66. The Boat Car is 607 which is still in traditional Green and Cream and also has a trolley pole – this tram is now of course better known by its original identity of 236 and can be found at the Crich Tramway Village. 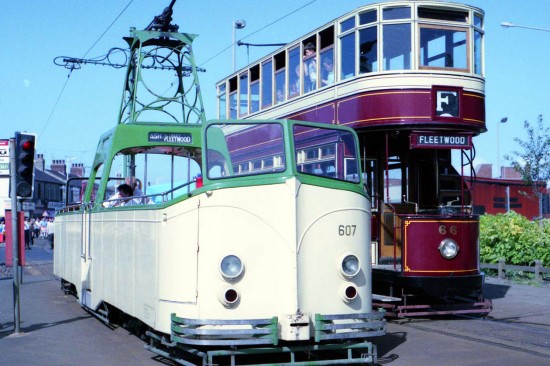