The eagerly-awaited launch into passenger service of London United Tramways 159, following a complete reconstruction in the workshop at Crich, has been set for Saturday 7th July. The tram arrived at Crich Tramway Village as a derelict wreck back in 2005, and since then it has been transformed into one of the most stunning trams in the entire fleet thanks to a £300,000 restoration.

Virtually all of the work carried out on LUT 159 has been funded by the London County Council Tramways Trust, and so this organisation will be largely responsible for organising a suitable event to celebrate the completion of the project on July 7th. Details of exactly what will happen on this day will presumably be confirmed nearer to the time, but it has already been revealed that the tram will be launched by Sir John White, whose great grandfather founded the company who built 159. As with Blackpool ‘Boat’ 236, it is expected that the car’s sponsors will be invited to ride on its inagural passenger journey but hopefully the day will offer plenty of chances for other visitors to ride on this beautifully restored vehicle too. The following day, 159 is also expected to steal the show as part of an event to commemorate 60 years since London’s Last Tram, with Metropolitan 331 and London Transport 1622 also due to be in service. Little else is known about the plans for this event but hopefully more will be announced imminently so as to encourage more enthusiasts to travel from further afield.

Meanwhile, 159 has become a more regular sight on the Crich tramway as it undergoes thorough testing. Although some concerns have been expressed over one of its gear wheels, the car has generally run very well and is already attracting considerable interest from visitors. A few finishing touches remain to be completed but this should not prevent it from becoming the third ‘new’ tram to join the running fleet at Crich in just a few short weeks. 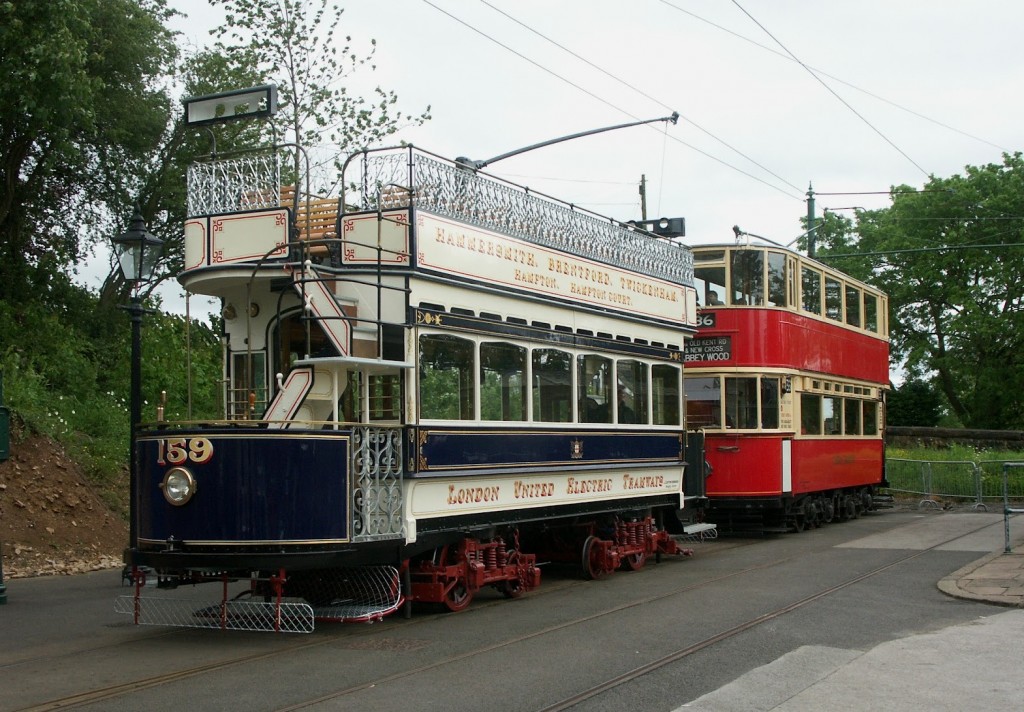 The maginificent LUT 159 stands at Crich Town during a recent test run, with fellow London tram 1622 behind, this being the previous LCCTT-supported restoration. (Photo by Peter Whiteley/Crich Tramway Village Blog)