In Pictures: Chesterfield 7 – The Recruiting Tram

On Saturday 18th April Chesterfield 7 was officially launched as the Recruitment Tram at the Crich Tramway Village. As previously shown on British Trams Online 7 has been specially decorated as a First World War One recruitment tram – an important aspect of tram history showing just how tramcars have been used for other purposes and not just as a form of transport.

The tram was officially launched into service by Col David Sneath of the Mercian Regiment and on the same day the new exhibition – Tramway Tommies and Clippie Girls was opened by Worshipful the Mayor and Mayoress of the Borough of Amber Valley Cllr John Walker and Angela Walker.

7 is now due to operate at Crich every Tuesday, Thursday and Saturday until the end of September subject to availability although at certain special events it will not be in service. 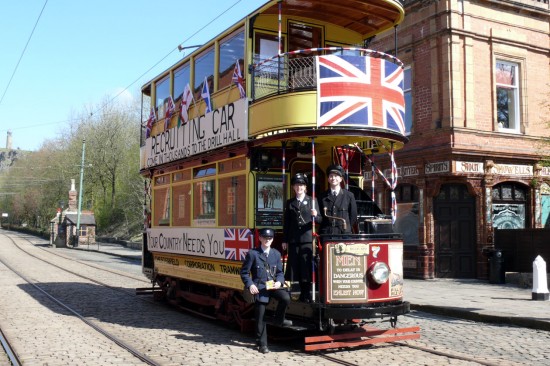 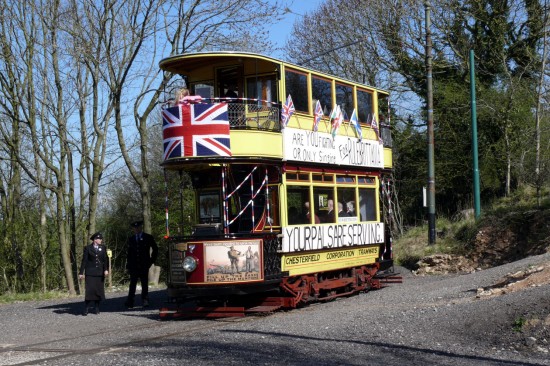 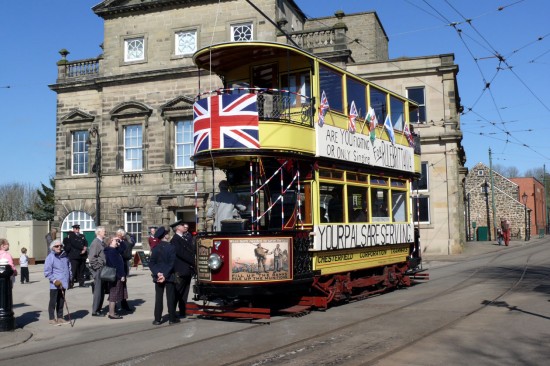 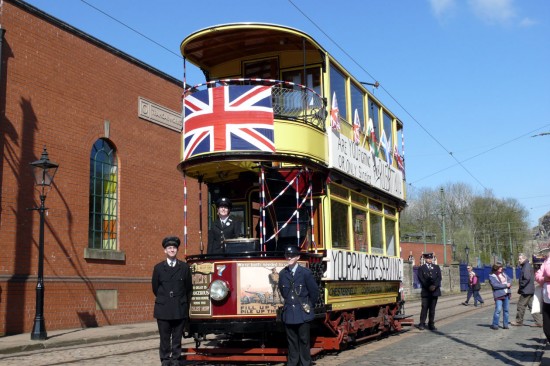