As we march towards, well, March and the planned reopening of the Midland Metro line between The Royal and Wolverhampton St George’s progress is continuing on the much delayed rail replacement project and with thanks to Michael Averill we are able to bring you another photo update of what has been happening recently. 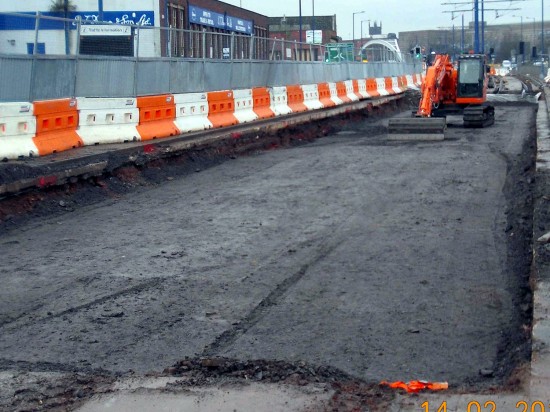 At Steelhouse Lane, with The Royal stop immediately behind, the mine workings subsidence has now been filled in but the new trackbed has yet to be laid. 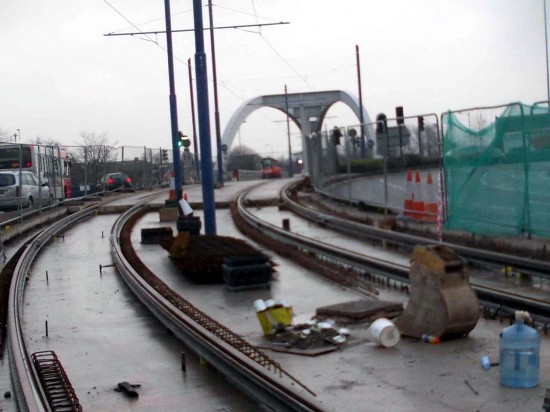 New rails have been laid between the Ring Road and the terminus. This will be the site of the new junction. 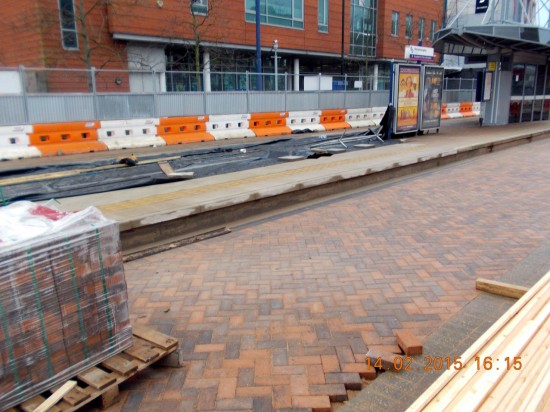 Wolverhampton St George's terminus itself showing the newly extended platform and the lack of track on the roadside face. 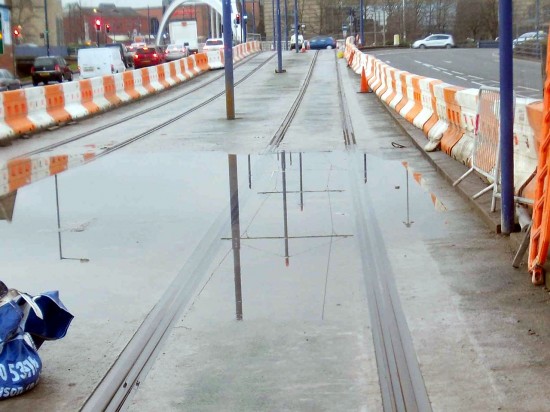 A view of newly laid track on the Bilston Road reservation approaching the Ring Road. 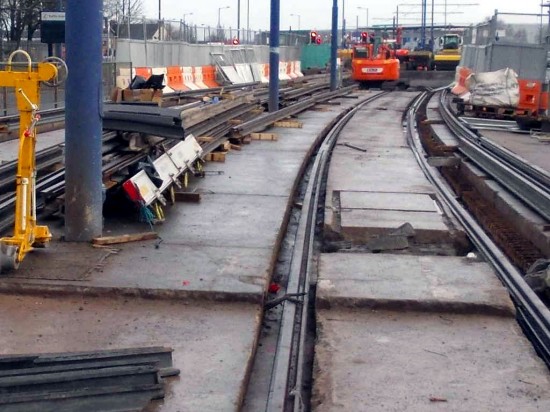 Relaid track west of the subsidence on Bilston Road. 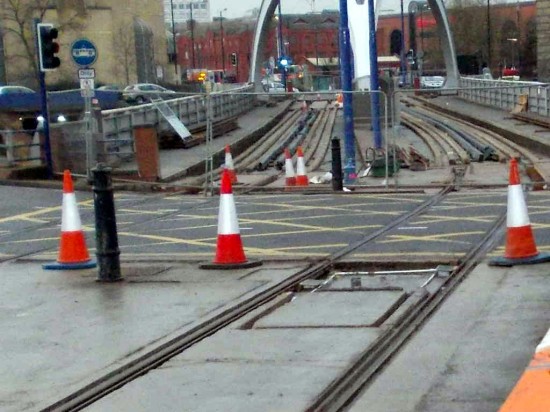 More relaid track on Bilston Road but note that no new track has been laid across the island or on the Wishbone Bridge. (All Photos by Michael Averill on 14th February 2015)