Crich win big in Tram of the Year 2014 contest

Posted on Sunday 11 January 2015 by Gareth Prior

Crich Tramway Village have been the big winners in the British Trams Online Tram of the Year 2014 contest winning in three of the four categories. Blackpool Pantograph 167 was named Tramcar of the Year, the Electric 50 event in September walked away with the Event of the Year and the Crich Tramway Village won most votes in the Tramway of the Year contest. Meanwhile the very first Light Rail Vehicle of the Year was voted as Manchester Metrolink 1007, which has become the first LRV to be preserved at the Heaton Park Tramway.

To be honest none of the four categories were particularly close this year with all of the winners taking early leads and then never being caught as the readers of British Trams Online had their say. (As promised we removed duplicate votes but that made no difference to the winners with just some changes between second and third places in a couple of the categories)

Nearly 40% of those who voted decided that Blackpool Pantograph 167 had done enough to earn the accolade of Tramcar of the Year and that wasn’t exactly a surprise considering that it equalled the record of operating on three different tramways in the year. This included two very popular loan spells – at Beamish and Blackpool – as well as a starring role at the Electric 50 celebrations at its home tramway of the Crich Tramway Village. Centurion Manchester 765 came in second place just one vote ahead of Blackpool Coronation 304 with Newcastle 114 and Blackpool & Fleetwood Box 40 completing the list.

The biggest victor was in the Light Rail Vehicle of the Year category where Manchester Metrolink 1007 became the first vehicle to win in this new category. Over 56% of voters decreed that the fact that 1007 had become the first LRV to be preserved in the UK meant that it deserved to win the award. Edinburgh 275 came in second place (almost 26%) having become the first LRV to run in public service when the Scottish capital’s line opened at the end of May. Nottingham Express Transit 218 and Midland Metro 20 came in third and fourth respectively but in truth were just making up the numbers this year.

The closest vote ended up being in the Tramway of the Year category where eventually Crich Tramway Village ended up beating off the challenge of the Heaton Park Tramway. Almost a third of voters in the end decided that Crich had proved to be the best tramway of the year but this was only 18 votes ahead of reigning champion Heaton Park Tramway. With Manchester Metrolink coming in third and Edinburgh Trams in fourth this category really does show just where most of our readers interests lie! Seaton Tramway came in fifth.

There was probably no surprise that Crich’s Electric 50 celebration in September came out on top in the Event of the Year as almost 47% of those voting going for this two day event. The sight of 28 trams in action on the tramway with up to 15 of these in passenger service at any one time obviously convinced people enough that this deserved to be the Event of 2014. Heaton Park Tramway’s Manchester 765 100 Not Out event came in second with two Blackpool heritage operations taking third and fourth places (August Bank Holiday and Totally Transport). Another event at Crich was the fifth most popular event; Blackpool 711’s 80th birthday in October.

Thank you to everyone who took the time to vote and hopefully at least some of you are happy with the outcomes! Full results are provided below.

Tramcar of the Year

Light Rail Vehicle of the Year 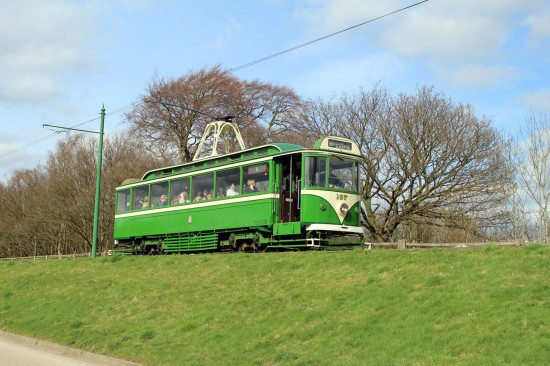 Tramcar of the Year: Blackpool Pantograph 167. It is seen here during its loan spell at Beamish. 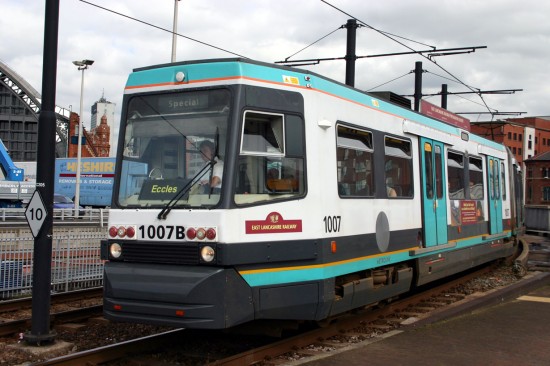 Light Rail Vehicle of the Year: Manchester Metrolink 1007. We find the vehicle arriving at G-Mex (as it still was!) on 7th September 2009. 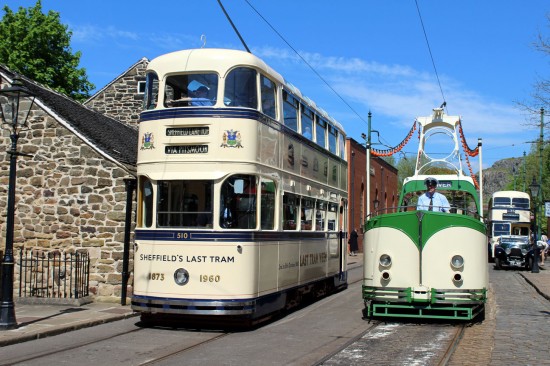 Tramway of the Year: Crich Tramway Village. We see two of the trams in the collection, Sheffield 510 and Blackpool 236, during the Best of Sheffield event in May 2014. 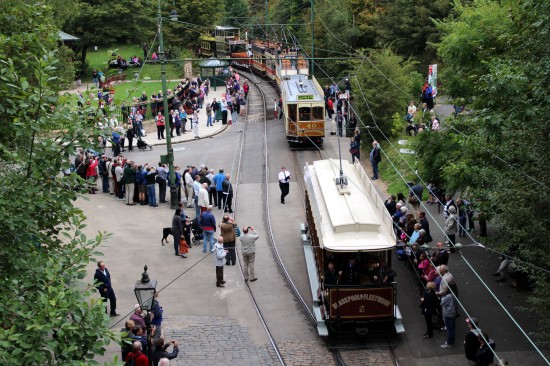 Event of the Year: Electric 50 at Crich. Here we see a view of Sundays cavalcade led by Blackpool & Fleetwood Rack 2. (All Photos: Gareth Prior)