Having just recently celebrated the milestone 50th anniversary of electric tram operation at the National Tramway Museum at Crich, we turn the clock back two decades to look at one of the trams which was chosen to star in the events marking the 30th anniversary of the museum’s public electric tram service. Southampton 45 has often been selected for key roles in major events at Crich, having been the first tram to be acquired by founder members of the Tramway Museum Society and this was one such occasion.

With a week of special commemorative events taking place in July 1994, co-inciding with the actual date of the anniversary itself, Southampton 45 was imaginatively decorated for the duration with flags and bunting to create a stunning attraction. Even the trolley arm did not escape with ribbons wrapped around to create a stripy effect! The tram ran like this for the events week which saw a visit by Pete Waterman, although the nature of the events which were staged were actually less impressive than the 2014 celebrations. Apart from 45, Blackpool & Fleetwood 2 received temporary slogans marking the anniversary on its roof side advert boards, based on those it carried when restored to service for the Blackpool tramway’s 75th anniversary in 1960, and acknowledging its role as the tram which operated the all-important first passenger journey at Crich by an electric tram.

Having been a major part of both the 1994 and 2014 events, car 45 has now been honourably retired to await an overhaul and it remains to be seen when it will run again, making these pictures all the more historic. 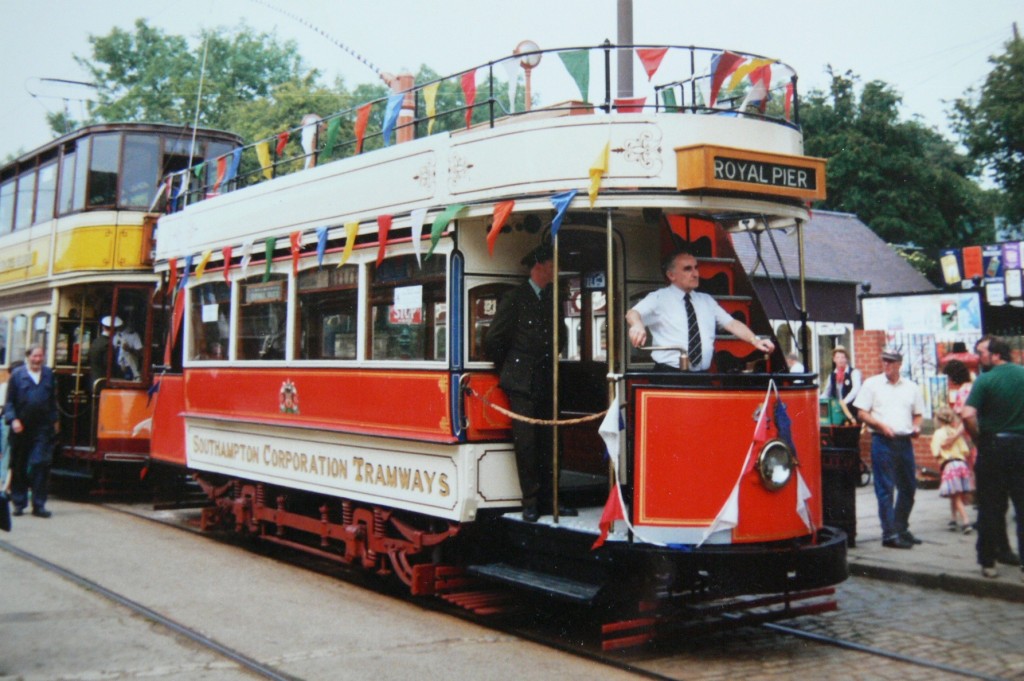 The superbly decorated Southampton 45 takes a pause between trips at Stephenson Place during the week of 30th anniversary celebrations held at Crich during 1994. 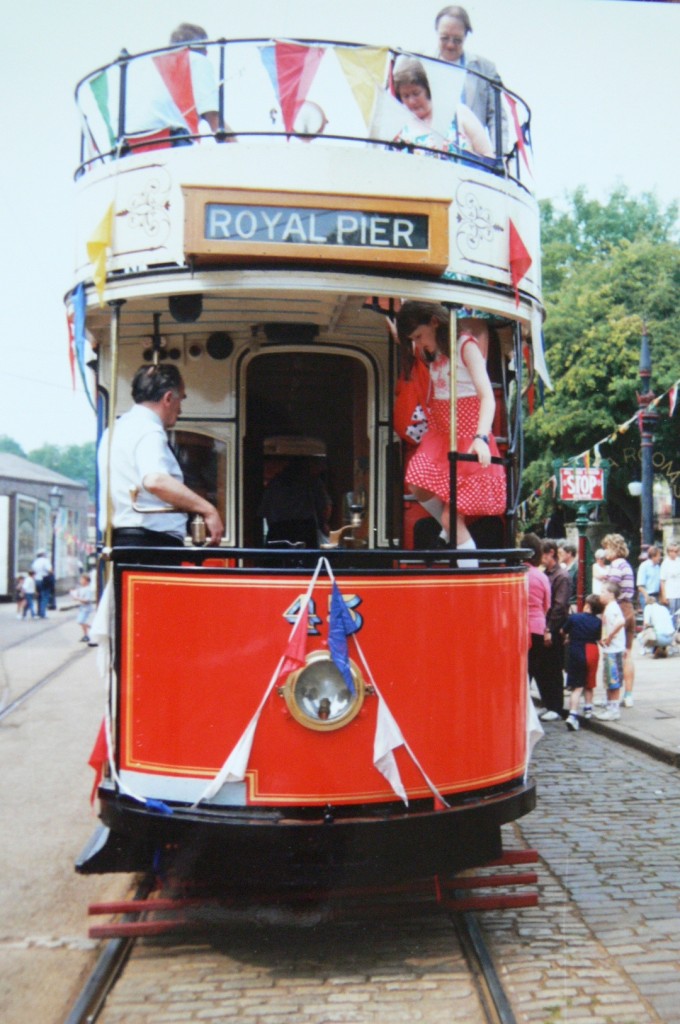 A head-on view of 45 with its number partly obscured by bunting. Just visible in the background are the advertisement hoardings disguising the old wash bay area, long before the workshop extension was built. (Photos x 2 by Andrew Waddington)