Posted on Saturday 11 October 2014 by Gareth Prior

Although recently our concentration on Midland Metro has been with the departure of the T69 trams there is also the not too insignificant matter of the rail replacement works between The Royal and Wolverhampton St George’s. The line beyond Priestfield was closed to trams from Saturday 6th September and during this time fairly good progress has been made on replacing the track at both stops and along Bilston Road. It is still hoped that the works at The Royal will be completed ahead of the full 12 week closure so that trams can be extended to there but no date has yet been set for a partial reopening. Photos courtesy of Andy Walters, all taken on 1st October 2014. 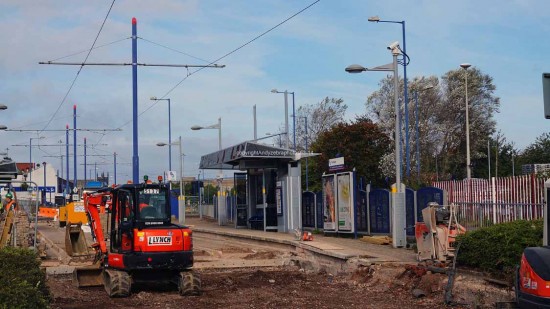 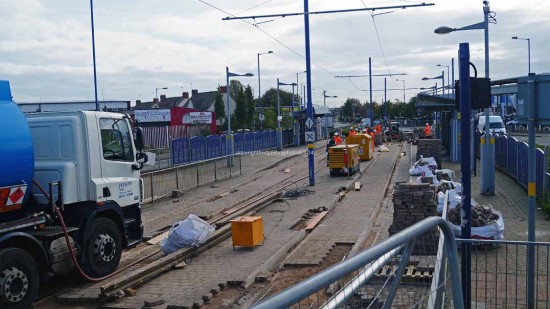 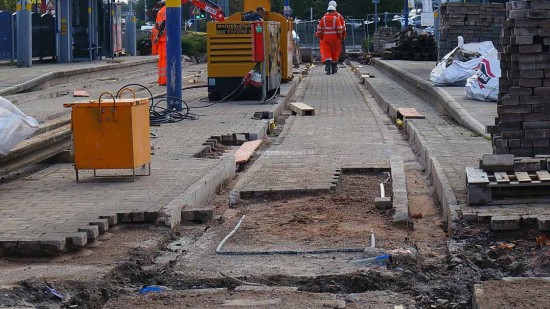 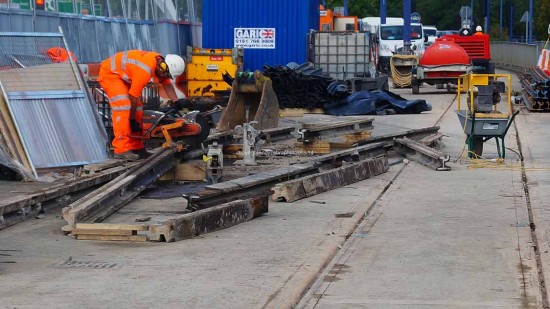 We start off with four shots around The Royal stop. An extra crossover is being installed here to assist with turning trams short during disruption on Bilston Road, currently trams have to be terminated at Priestfield. 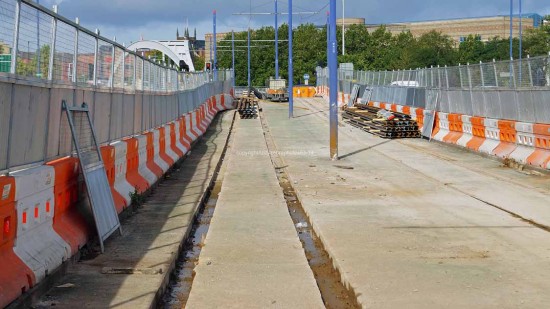 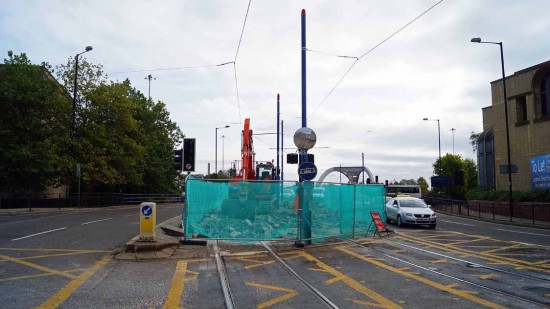 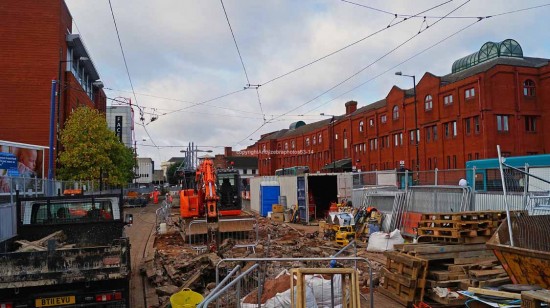 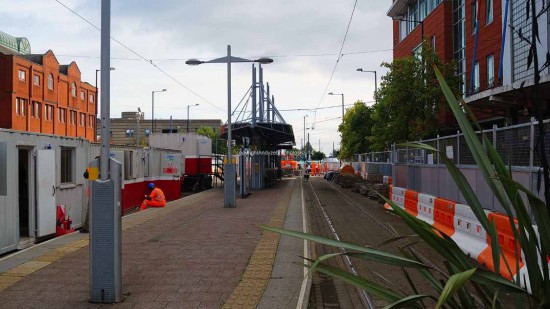 And four further images on the approach to and at Wolverhampton St George's. (All Photos: Andy Walters)

One Response to In Pictures: Midland Metro rail replacement works