Posted on Wednesday 8 October 2014 by Gareth Prior

As expected another of the withdrawn Midland Metro T69’s has departed Wednesbury Depot with 02 the second of the week to make the trip to Long Marston courtesy of Allelys. The tram departed on Tuesday 7th October and follows in the footsteps of 13, which left just one day earlier, and 14 which had made the trip on 17th June.

Unlike the previous days departure 02 has spent quite some time out of service and although we don’t have an exact date of its last service it still carries adverts for film The Crazies which was released in UK cinemas back in February 2010! During the intervening period it has been stored at the depot along with sister 01 and has sustained a little bit of damage with at least one window noted broken and covered with plastic sheeting when it left.

Tuesday 7th October was a poor day weather wise with rain and gale force winds – not much unlike the previous day when 13 had left – but fortunately the worst of the weather did subside briefly as 02 finally left on the back of the low loader. Of note is that 02 also retained the original roller destination blinds – the operational fleet had been fitted with electronic displays several years back – and these were still set showing The Hawthorns West Bromwich Albion suggesting it may last have operated on a football special.

It is now not expected that a further T69 will leave this week although it is understood 01 may be the next to leave early next week and is likely to be followed by further examples in that same week although there is always the possibility that this may change. 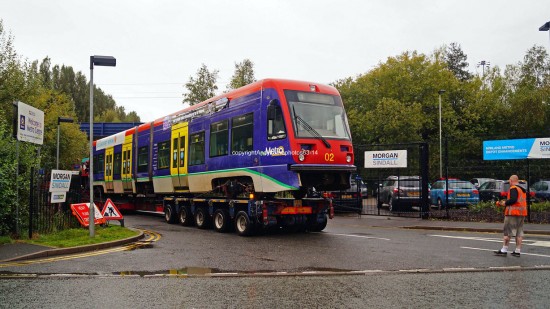 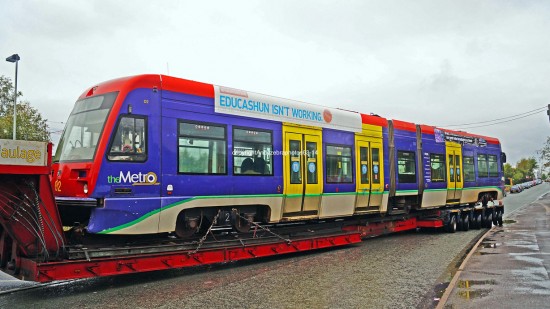 02 leaves Birmingham for the last time. 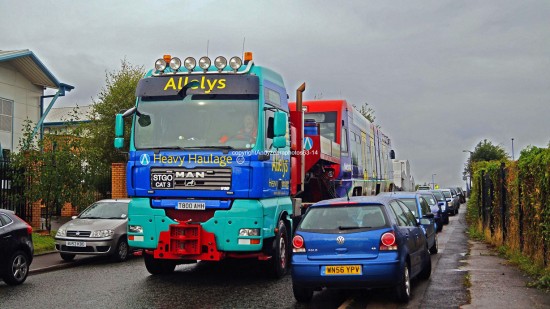 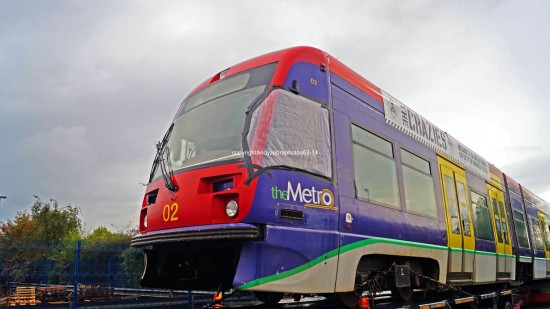 A close-up view of the broken window at one end of the tram, covered with plastic sheeting. 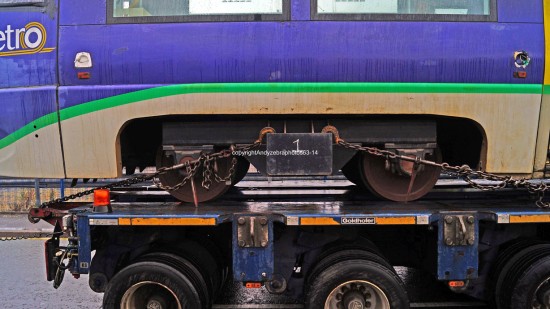 A view of one of the bogies showing the chains used to attach it to the trailer. 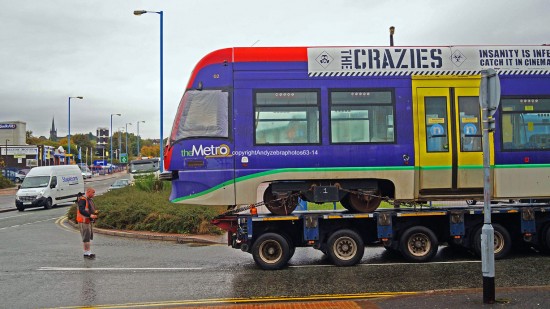 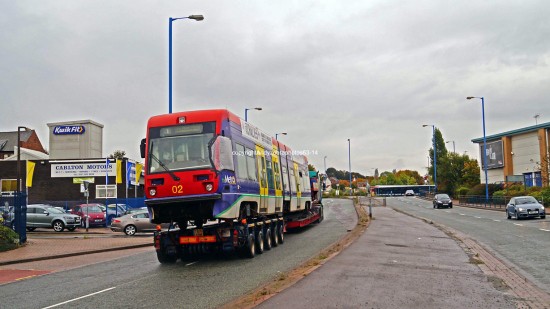