As we reported at the weekend the first daytime test/driver training runs of the Nottingham Express Transit Alstom Citadis trams have taken place this week with regular trips between Wilkinson Street and Nottingham city centre. This is the next stage of testing and commissioning of the trams with each vehicle having to clock up 1,000km fault free running before they can be considered to enter service. No date of when the trams will carry their passengers have yet been announced but it is expected to be on the current lines this summer.

Meanwhile it is not such good news from Midland Metro as the planned start of driver training on the Urbos3 trams from 1900 each evening has been postponed for the foreseeable future. As a result the T69s will continue to have exclusive use of the tramway for the time being although there have been further occasions recently when not enough of the class have been available to operate the full service. (We will bring you a photo update from Midland Metro later this week, including tram 04)

Back to Nottingham and on Tuesday 29th April 219 was spotted by John Henderson in Nottingham city centre on a test run and we are grateful to John for sharing his photos with us. 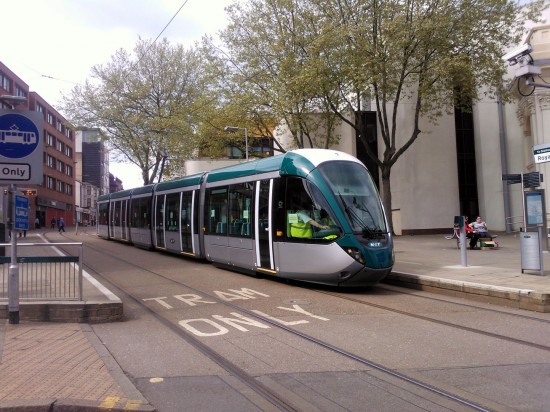 219 sits at Royal Centre before continuing with its test run into the city centre. 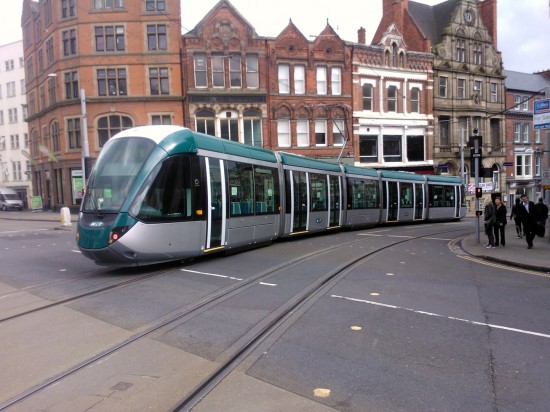