As extensively reported on British Trams Online due to major improvement works at Victoria, Manchester Metrolink services through this area are being altered for next nine months with single line working only possible through the station area.

Single line operation commenced on Monday 24th February and saw the revised service in use for the first time. This sees a tram every 12 minutes run between Bury and Altrincham, a shuttle service between Bury and Abraham Moss every 12 minutes and a normal service between Rochdale Railway Station and East Didsbury. The Ashton-under-Lyne line will be served by trams from Eccles whilst services remain in operation from Altrincham to Piccadilly and MediaCityUK to Piccadilly.

On the first day of the new service some congestion was noted with the revised operation and the photos below – kindly provided by Ken Walker – show some of the operations in the vicinity of Victoria on 24th February 2014. 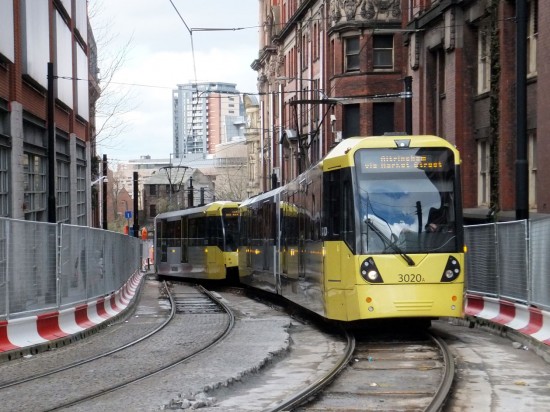 3020 and 3012 come off the single line section at Balloon Street in Manchester city centre. 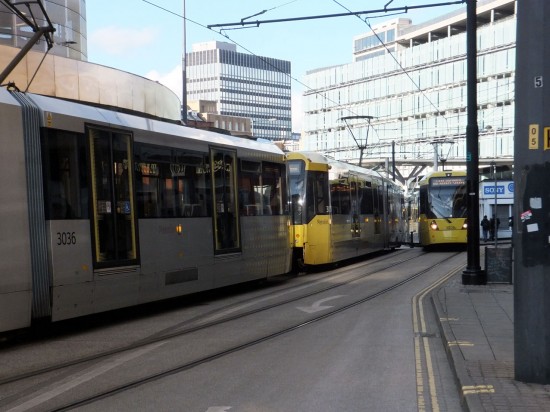 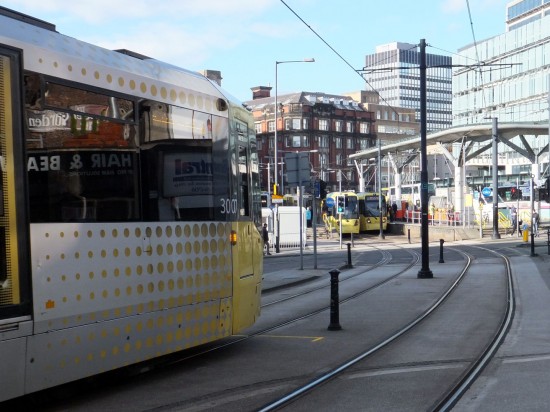 2 Responses to In Pictures: Single line working through Victoria