The Birkenhead Heritage Tramway – one of only two places where you can enjoy a ride on a traditional tram in England currently – have announced a slight tweak to their operating times to fit in with the current ferry departures from Woodside Ferry following passenger comments. They have also revealed that they are now planning to open during the February Half Term holiday.

Departures will now be as follows:

The line will also be open on Wednesday 19th, Thursday 20th and Friday 21st February in addition to their usual Saturday and Sunday operations to cater for the February Half Term holidays. Since the line came under the control of the volunteers passenger numbers have been very favourable – possibly down to its starring role in Great British Railway Journeys on 6th January.

Elsewhere on the tramway Birkenhead 20 is awaiting the return of its compressor from a company in Bradford and is currently out of use. 20 last operated at the Bus and Tram Show when its compressor failed but its loss isn’t being felt a huge amount at the moment considering it is the middle of winter! The tramway also now has two new drivers with volunteer conductors David Corey and John Hewitt passed out as motormen on Sunday 5th January by John Whitehouse from Heaton Park – another example of collaborating between different tram groups.

Progress is also continuing with the restoration of Liverpool 245 with all of the upper deck seats now in situ. The gear casings have also now been fitted (although it took quite some effort!) but problems are being experienced with the fitting of the doors. Only a few minor modifications were required for the front (Woodside) end doors and they fitted well but the rear doors are an inch or so too big but modifications are now in hand to solve this (those who knew the trams in their last years in service have said that this was a problem many Baby Grand’s had and that the driver would stop the doors from rattling open with a point iron!) 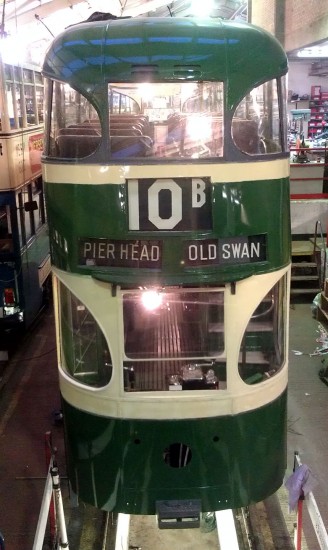 Liverpool 245 shows off one of the destination displays available on its blinds. This is route 10b to Pier Head and Old Swan. 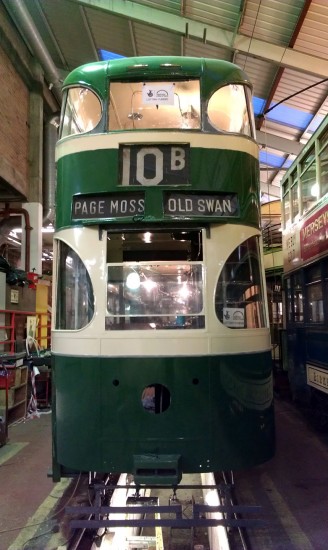 Another view of the route 10b destination display this time to Page Moss and Old Swan. 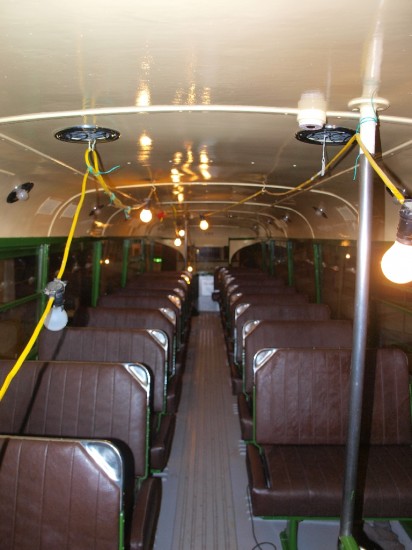 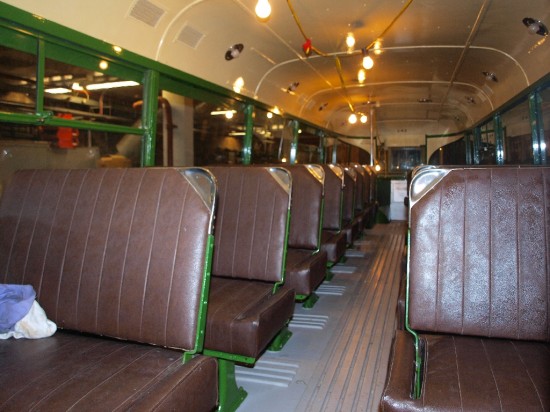 Another view of the upper deck seats. (All photos: John Hewitt)