The second day of Blackpool Transport’s new heritage tram coastal tours, Easter
Saturday 7th April, saw two more historic trams which had missed the entire 2011 season back in service on the promenade. The chosen cars on this date were Blackpool & Fleetwood ‘Box’ 40 and open-top Balloon ‘Princess Alice’ 706, both of which were used between Pleasure Beach and Little Bispham during the day.

This was a very welcome return for these two old favourites. Car 40 had not run since late October 2010, and at one time was expected to leave Blackpool as it is still owned by the
Tramway Museum Society. Happily, Blackpool Transport have requested for the loan period of this tram to be extended again and the TMS have agreed, resulting in 40 being equipped with special battery-operated transponders. The appearance of 706 was also notable as this iconic tram was rumoured to have been withdrawn for good last year, so it is a joy to report that it is one of the first of the traditional fleet to carry passengers in 2012. Like 40, the car last ran at Blackpool in autumn 2010 although its last use actually occurred in November that year when it spent a memorable weekend at Manchester for the Heaton Park Tramway’s Blackpool-themed event. ‘Princess Alice’ has been fitted with transponders from one of the recently sold cars allowing it to retain its rightful place in the Blackpool fleet.

Sadly, Alice’s day was cut short due to a minor fault – understandable considering her long lay-off – and her place was taken by Standard 147, this car duly becoming the first traditional tram to run twice with passengers in Blackpool this year.

Further interest was created on Easter Saturday by the appearance of modified Balloon car 713 on specials, and thankfully its stint in service lasted longer than 724’s appearance two days previous! The tram even managed an unexpected run to Fleetwood and then headed back south to Starr Gate: the first tram other than Flexities to run a service journey on the full length of the tramway since September 2009, and the first double-decker in Fleetwood with passengers on board since Balloon 702‘s final outing in November 2009. This was a fine end to another memorable day on the tramway, with seemingly fewer negative points than the previous three. 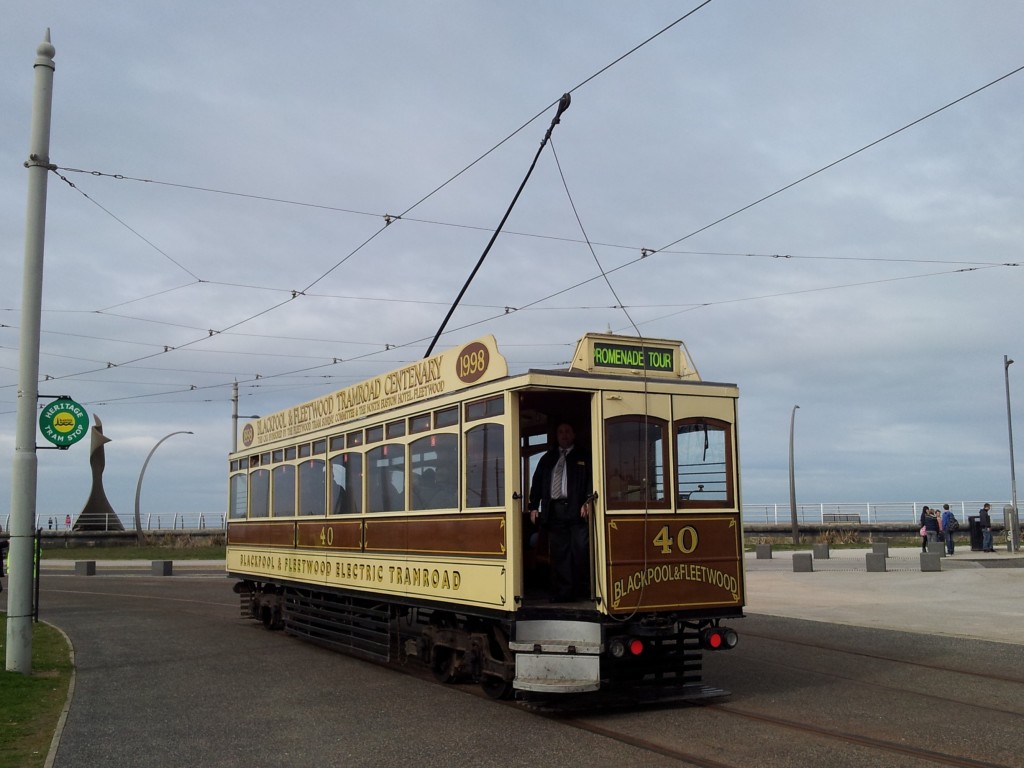 Box 40 about to depart Pleasure Beach with its first passenger working since 2010. Note the new heritage tram 'polo' stop sign located alongside the loop. (Photo by Chris Rowe) 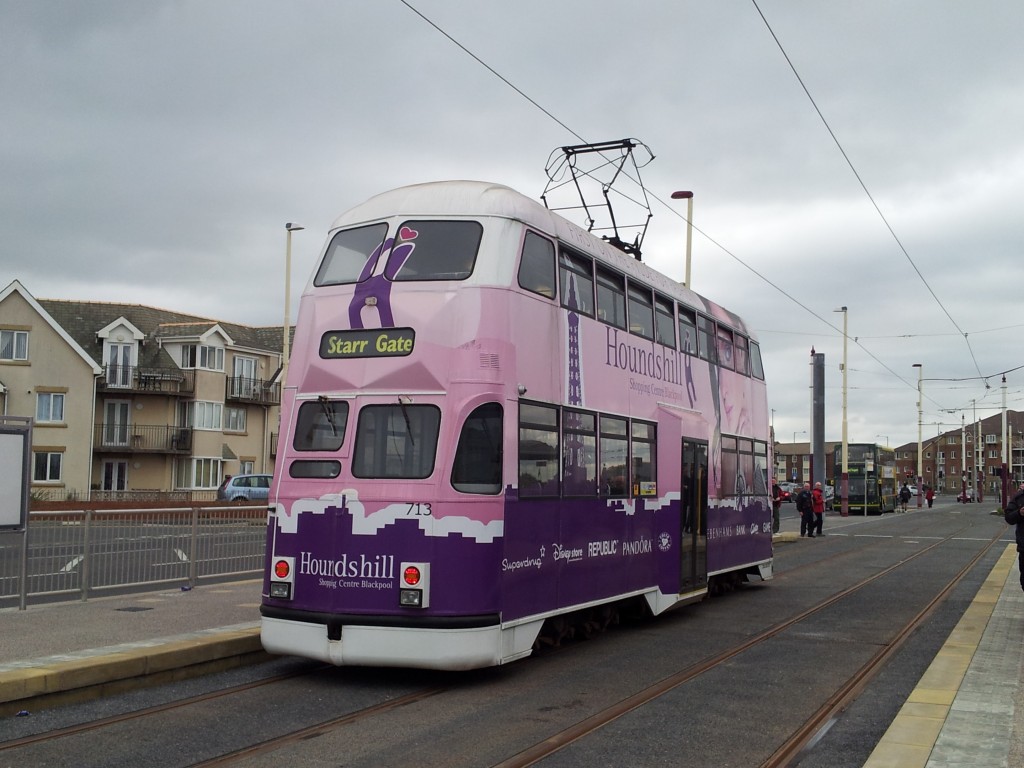 713 seen at Starr Gate having just completed the first southbound working to this location by a double-track tram with passengers for 30 months! (Photo by Chris Rowe)