Work on the repaint and commissioning of Blackpool Boat car 233 at Beamish Museum is now virtually complete thanks to the sterling efforts of both the Beamish Tramway Group and the BusWorks painter, who has been working long hours in order to have 233 ready for service quickly as the Lancastrian Transport Trust’s commitment to their tram’s future.

The repaint – as you may well be getting bored of hearing – has been funded by British Trams Online, and has transformed the weather-beaten car back into its 1930s livery, though retaining a few more recent additions such as driver’s two-piece windscreens. At the request of the painter who has carried out the repaint, 233 was taken out onto the depot fan on Saturday 7th April so that he could examine his own work, and as the photos below show, the tram looks absolutely fantastic! More pictures of the tram can be viewed on the Beamish transport blog: http://beamishtransport.blogspot.co.uk/

A few small jobs such as the application of Blackpool Corporation crests remain outstanding, and the tram requires some further attention before it is declared fit to run in passenger service, but this should not prevent the car from running at the Great North Steam Fair which kicks off on Thursday 12th April. With Birkenhead 20 also starring at this event, hopefully the weather will improve by then. Naturally, the British Trams Online team will be in attendance and we hope to see you there – maybe on board Blackpool 233! 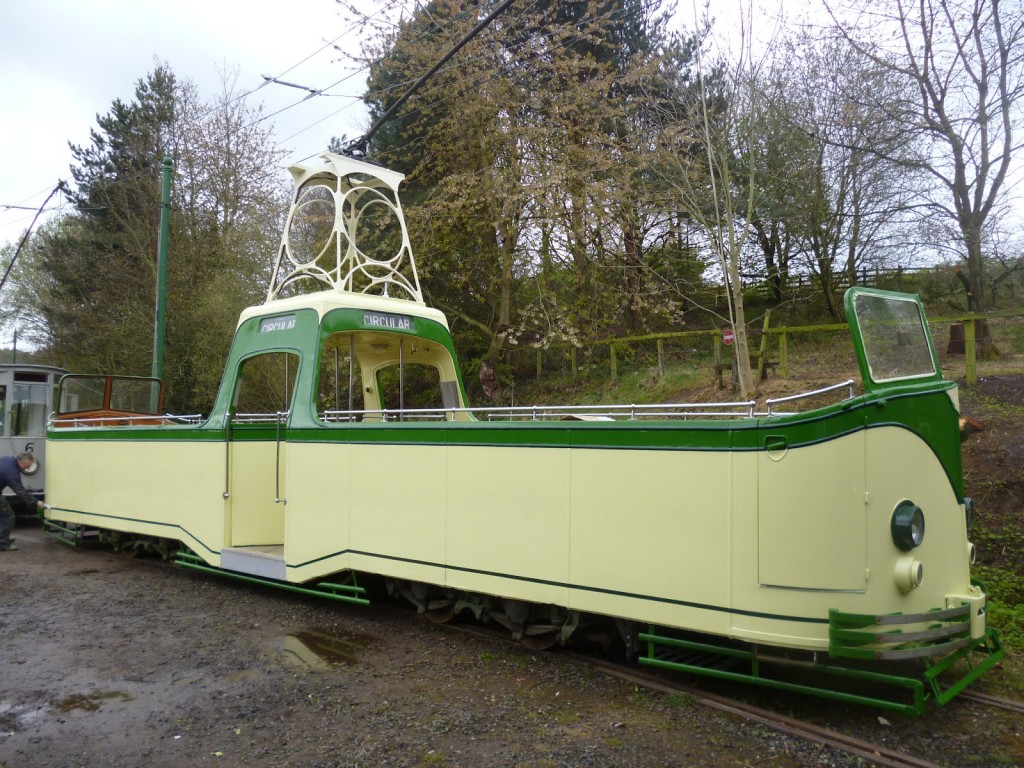 233 makes its first steps outside following its superb repaint, with Leeds 6 just visible behind. (Photo by Paul Jarman/Beamish Museum Ltd.) 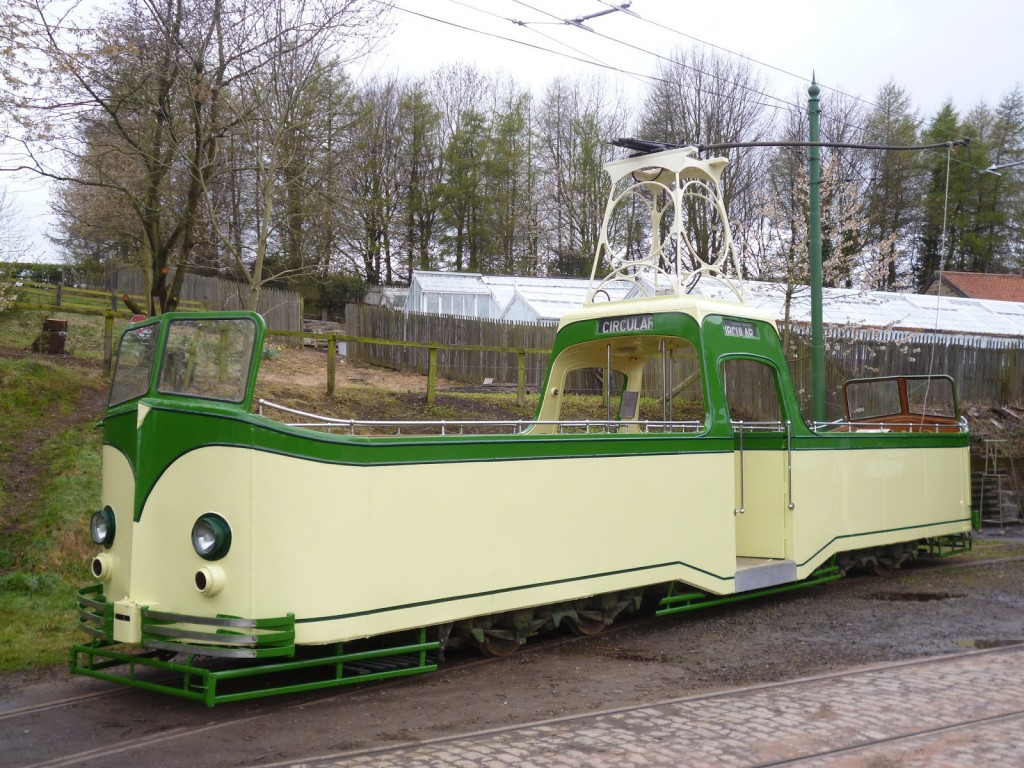 Another stunning shot of 233 in front of the shed where it has been repainted. (Photo by Paul Jarman/Beamish Museum Ltd.)