Work on repainting Blackpool ‘Boat’ car 233 (latterly 605) ready for service at its new home at Beamish Museum has made incredible progress since this task commenced less than a week ago. The tram has now had its colours turned inside-out, with the upper cream body trim now in green undercoat, whilst most of the body has been repainted cream. The work is being carried out by a professional coachpainter from BusWorks in Blackpool, as part of the loan arrangement with the Lancastrian Transport Trust.

With the windscreens remaining intact for the time being at the request of the LTT, 233 looks very much as it did during the nineties when, as 605, it last carried 1930s style livery after being sponsored by the Fylde Tramway Society in 1990. The speed with which 233 has been commissioned for use is remarkable and it now seems highly likely that the tram will be complete ahead of its planned appearance at the Great North Steam Fair, held from 12th – 15th April. For our part, we are delighted to have been able to support this project by funding the repaint of 233, and we look forward to enjoying the fruits of our labours later this month when the rejuvinated Blackpool tram will carry its first passengers away from the seaside. Hopefully the weather will improve by then as today snow fell on the Museum – if it does then the tempting possibility of running four open cars in service together could become a reality! 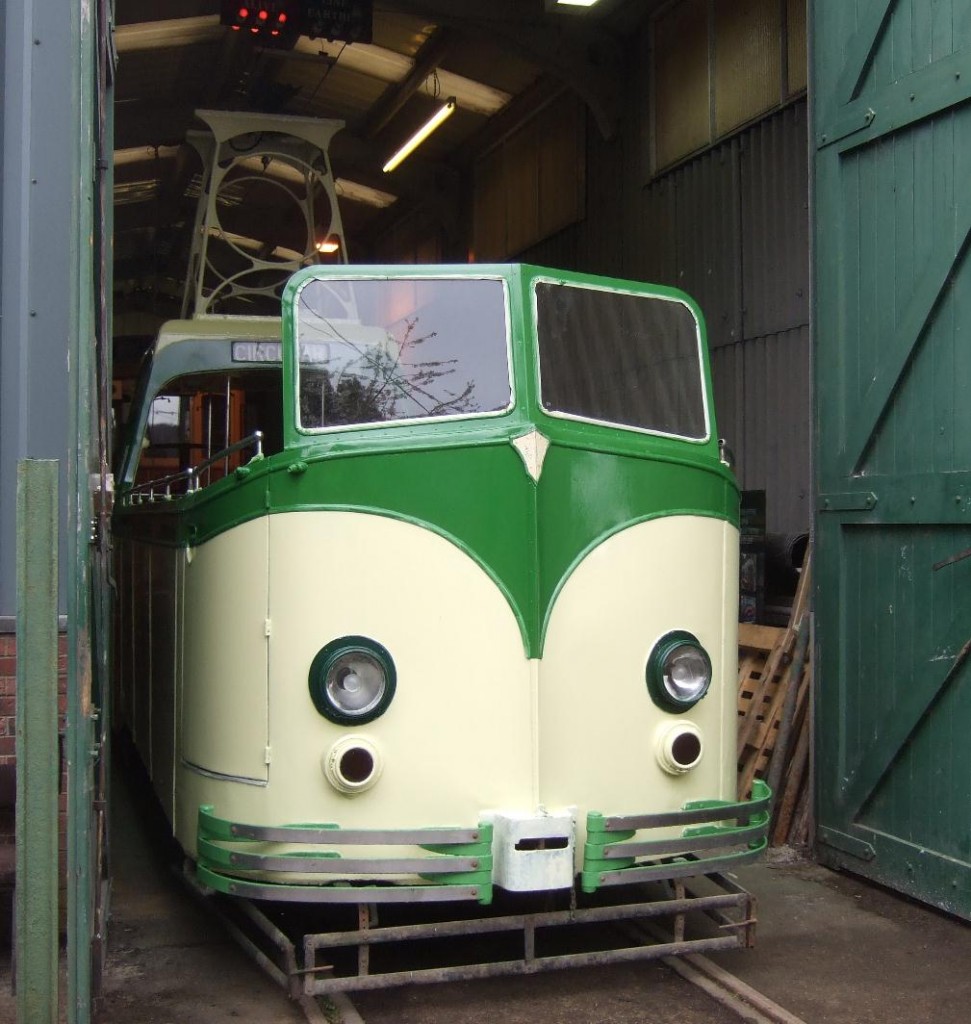 Blackpool 233 peeks out of the depot at Beamish as its 1930s repaint approaches completion. Compare this to last week's images of the tram for a real taste of its transformation! (Photo by Peter Barlow/Beamish Museum Ltd.)