We reported last month that as part of a new campaign Nottingham Express Transit 202 had received a new all over advert and now we bring you the proof in photographic form! The first advert carried by this time it is advertising the Consent Coalition campaign which is a group of organisations within Nottingham who are working together to raise awareness of the importance of consent, banish myths about rape and sexual violence and encourage survivors and victims to access support and report any sexual violence.

The advert on 202, which was applied during April, is joined by a similar design on a Nottingham City Transport bus with both vehicles being seen around the city in order to spread the word of the “A-Z of Consent”.

The tram’s advert is a full vinyl wrap with all passenger windows covered with contravision vinyls. The base colour is green with various images and wording to make it clear exactly what the campaign is about. 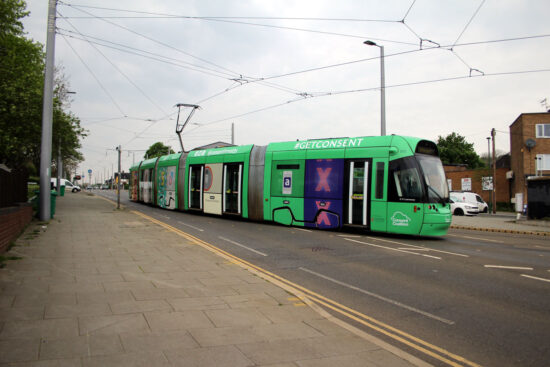 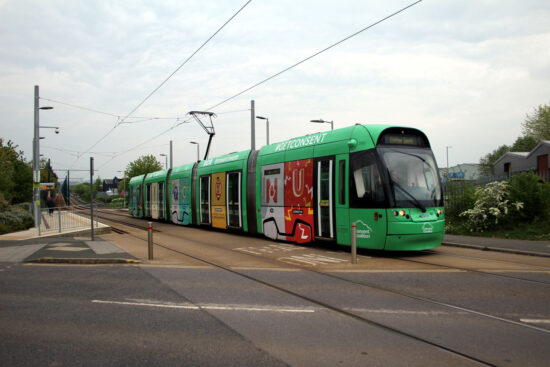 Another shot of 202. This time it leaves Ruddington Lane with Clifton South again the destination. (Both Photographs by Gareth Prior, 2nd May 2022)