Its not really heading back into the archives very far for this edition of “Picture in Time” but it’s a nice photo so any old excuse to show it!

In this below photo – which was taken on 26th August 2016 – we see two Blackpool’s illuminated feature cars posing for photos on Fleetwood Esplanade during a special tour. The two trams need very little introduction but that’s what we’re here for so we’ll give them one anyway! The tram on the left is the Western Train (numbered 733+734) with the Frigate, HMS Blackpool (736) on the right.

These two trams have carried the weight of illumination tours over the past decade or so with the Western Train always popular with visitors to the resort – who can resist a train with lots of colourful lights after all! Both trams have recently gone through the workshops with the Frigate returning to service in 2020 and the Train missing 2020 but being used extensively in 2021. 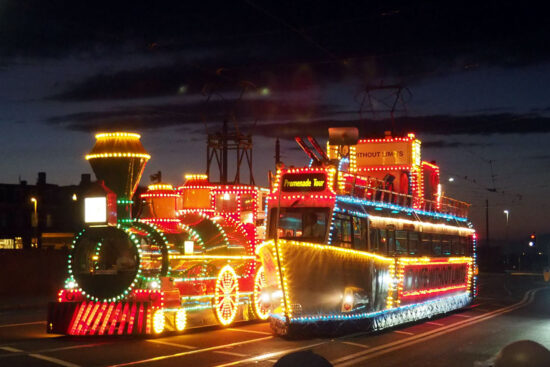