140 down, seven to go! Manchester Metrolink’s 140th M5000 was delivered to Queens Road Depot on Saturday 30th April (back into its usual slot after the last arrival turned up midweek) with 3140 making the well-trodden trip across from Germany via Hull Docks. But whereas we normally say how things just happened smoothly and it was soon off-loaded, this time it was a little different!

3140 arrived in the standard lunchtime slot having taken the overnight ferry from Rotterdam to Hull (due to arrive in Hull at 0800) and then driven across the UK to Manchester. Its normally a pretty simple process of the lorry arriving in Manchester, heading to Queens Road, reversing in and then being unloaded before the lorry heads back to Europe. Except on this occasion it didn’t quite work out like that!

This time the lorry had suffered a problem with its rear steering which meant that it was unable to reverse into the depot. The lorry was thus parked up on the road whilst this was sorted causing a little bit of traffic congestion. The problem was eventually fixed and the tram was able to be unloaded in the depot as usual where commissioning and mileage accumulation will now get underway.

Of the recent new arrivals as we’ve seen 3138 enter service on 21st April whilst 3139 currently remains in the commissioning stage.

Its not all about the new trams though as with 3088 recently receiving a new advert for Charlotte Tilbury and in lieu of having anyone else to put we also see a picture of its new rather pink look. 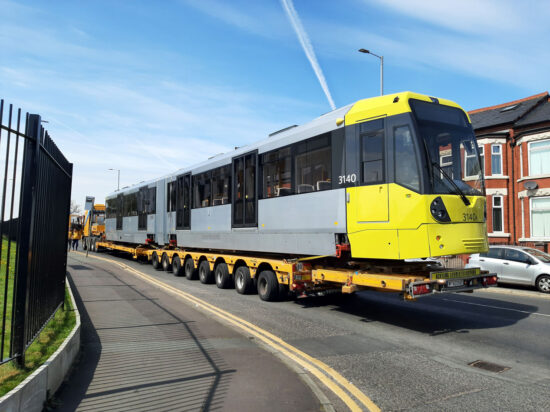 3140 sits on the back of the lorry on the road with the rear steering having failed. 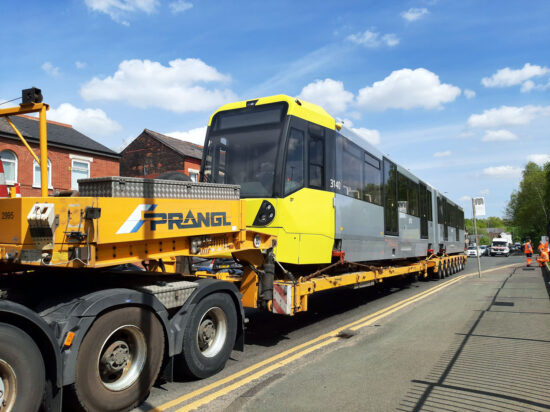 Another view of 3140 continues to wait with traffic seen behind. (Photographs x2 by Ben Worsley, 30th April 2022) 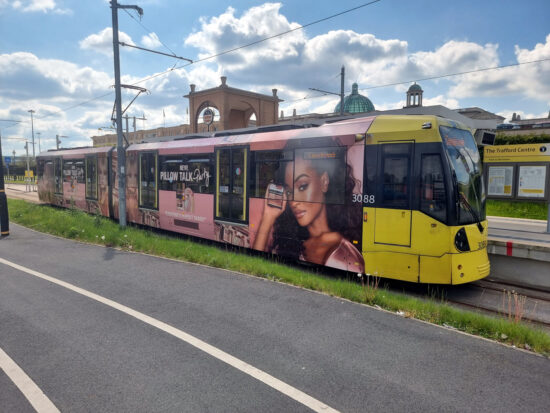 3088 sits at The Trafford Centre in its new advert for Charlotte Tilbury. 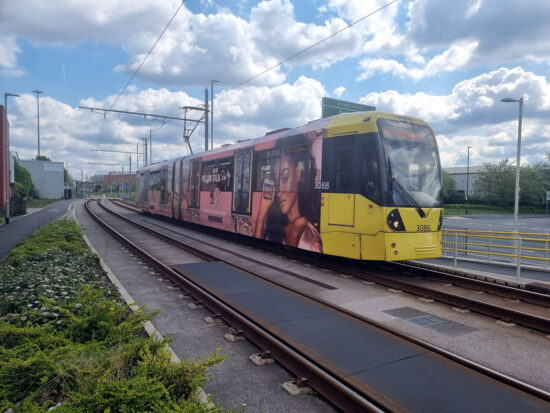 We take another look at 3088, this time as its on the move back to The Trafford Centre. (Photographs x2 by Michael Morton, 26th April 2022)