We’ve seen it many a time before, and will doubtless see it many more times, tram track being uncovered beneath the road surface in various UK towns during roadworks. This time around its Stockport where the past has been rediscovered.

Trams last ran in Stockport in 1951 when the Corporation Tramway closed for last time at the end of August. At its height there had been almost 20 miles of line with the first trams in the town having run in 1880 as part of horse tram line. The most obvious tramway survivor is Stockport 5 which is now preserved at the Heaton Park Tramway but as these photos below show its not the only thing which has survived. 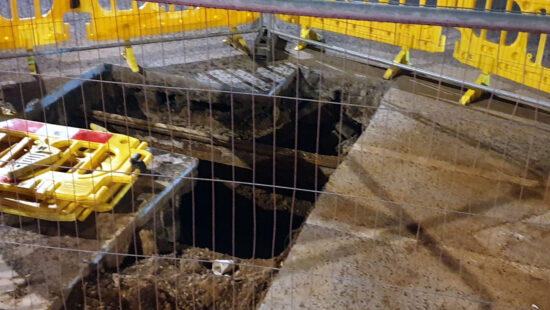 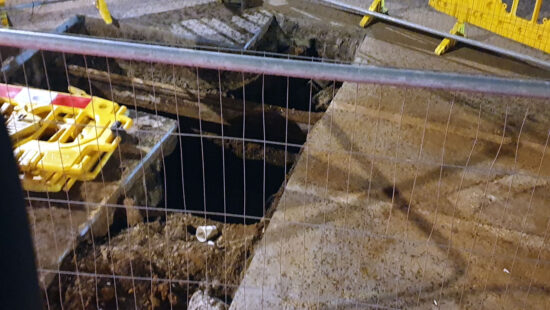 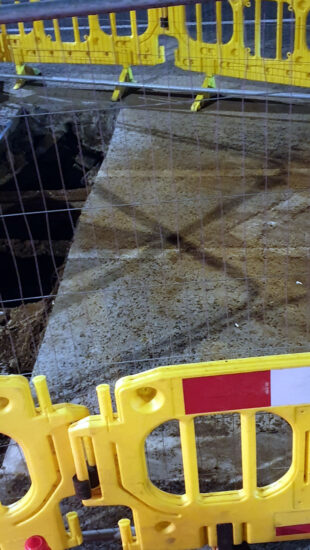 A nicely created hole shows the remaining rail in place. This is around half a mile from the Manchester Airport road. (All Photographs by Dave Jones, 18th April 2022)