In Pictures: Back to school with Blackpool Trailer 687

August 2021 saw a Blackpool tram go to school with orphaned Twin Car Trailer 687 (T7 in old money) acquired by Rossall School and moved there from Wyre Dock where it had been stored under the ownership of the Fleetwood Heritage Leisure Trust. In a pre-arranged visit on 24th November 2021 British Trams Online reader Gareth Taylor was able to capture images of the tram in its new surrounds.

It had originally been in the intention that Balloon 710 would be the tram which went to Rossall School but after discussions between the school and the Fleetwood Heritage Leisure Trust it was decided that 687 would be more appropriate the purpose. It made the move across to the school on 2nd August 2021 and was placed on a special section of track in the school grounds. It is due to become a unique function room and it is planned that to suit this purpose it will be returned to its former glory.

As things stood in late November 2021 when these below images were taken there had only been limited work which had taken place with 687 still in the grey primer it had been painted a few years ago to give better protection from the elements when stored outside at Wyre Dock. 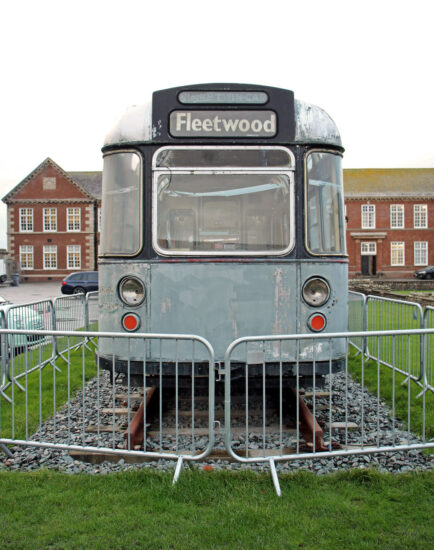 A head-on view of 687. With faded latter day destination blind set for Fleetwood this would have been the driving end of the car. Note that the old Blackpool Transport Tower and waves logo can just be made out on the corner under the grey paint. 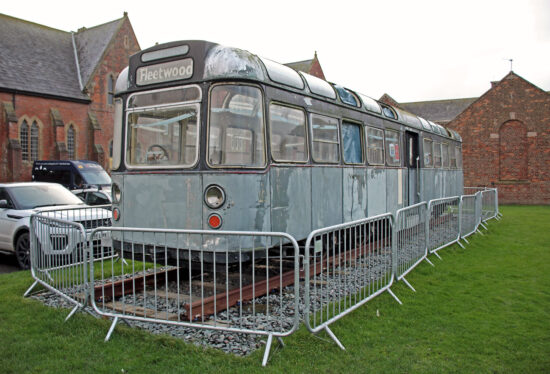 The standard three-quarters view of the tram showing the effects of many years of outside storage. A number of windows are also missing with tarpaulin in their place. 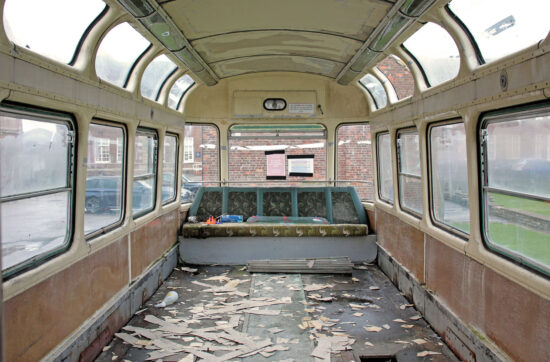 The sign at the end of the tram states that there is no entry to students or members of the public. This is the interior of the tram which has been stripped save for one lonely end bench seat. (All Photographs by Gareth Taylor, 24th November 2021)