Posted on Thursday 30 December 2021 by Gareth Prior

We return to Blackpool for this edition of “15 Years Apart” as we feature the last of our quintet of Balloon Cars we have seen in the series.

This time we focus on the first of the production models – 701. As we have seen throughout this series out first image comes from 2006 and shows 701 just approaching Cleveleys. Don’t be fooled by the destination blind stating Starr Gate – it has just been changed ahead of its next journey south. The date is 7th September 2006 and 701 was wearing this “busy” all over advert for Palm Beach Hotel (the only full advertising livery to ever be carried by the tram, from 2005 to 2008). 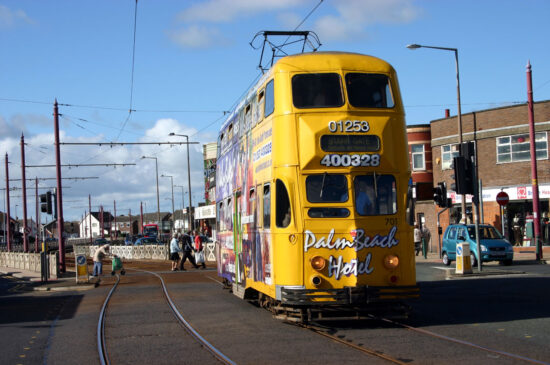 Then on 24th September 2021 we catch-up with 701 again as it heads north passing Gynn Square with a heritage service which will head around Little Bispham loop and then back south again. The tram is now in this red and white Routemaster livery which was reapplied during 2014 having previously been carried by the tram in the 1990s. 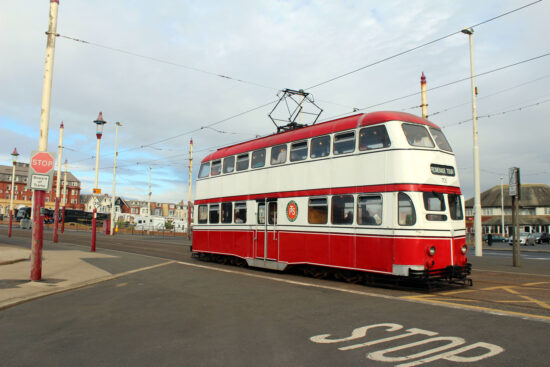