Posted on Saturday 25 December 2021 by Gareth Prior

Happy Christmas! It may be Christmas Day and you may still be opening your presents but we have an additional gift for you on British Trams Online as our series “15 Years Apart” continues and in this edition we are back at the Crich Tramway Village.

We start off this article with a photo taken on 11th June 2006 with London County Council 106 the tram seen. This is at Wakebridge with the tram heading up towards Glory Mine. 106 was already a long-standing member of the operational fleet by this time (first running in 1983 and having undergone more attention in the two years from 1991 and then again two years from 1999). 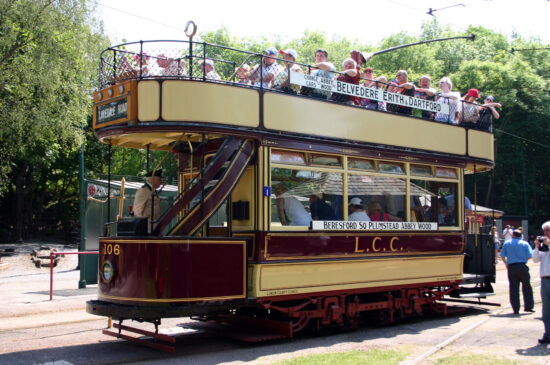 Second photo and 106 is seen just heading down to Town End as it passes the main museum entrance on 18th September 2021. Since we last saw it the tram did spend an eight year period out of action from 2007 but since returning to service in 2015 has been a regular performer at Crich and also managed to escape for the weekend to the East Anglia Transport Museum in 2016. 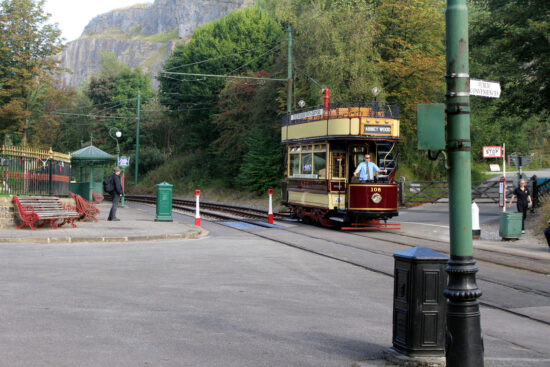