Posted on Friday 24 December 2021 by Gareth Prior

This edition of “15 Years Apart” is taking a look at another tram in Blackpool.

As with many of the Blackpool trams we have featured in this series there has been a livery change over the 15 years for Balloon 723 – with its latest new livery only coming relatively recently. But starting on 4th September 2006 and we see 723 at Bispham when working a service through to Starr Gate. The advert being carried on the tram was for McDonalds which was only applied in June 2006 and would be a one year only contract. 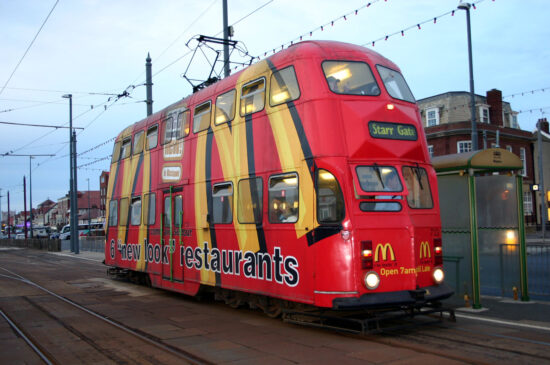 27th November 2021 and 723 had only just received a new all over advert for The Magical Express Tour – a new tour introduced in conjunction with the Christmas by the Sea event taking place in Blackpool over the festive period. This advert replaced a coat of 1980s green and cream fleet livery which the tram had been in for the past few years and was the first full new all over advert on a heritage tram since the end of traditional tram operations. This photo was taken at Manchester Square. 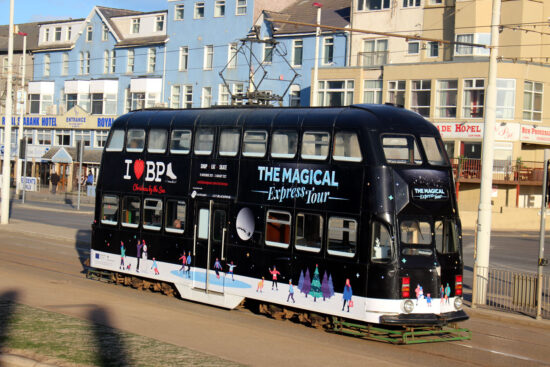