Posted on Wednesday 22 December 2021 by Gareth Prior

Today’s edition of “15 Years Apart” is returning to a modern tram image as its another trip to South Yorkshire and the Stagecoach operated Supertram system.

Our first image in this article was taken on 9th June 2006 and shows 111 at Cathedral when working a Blue route service to Malin Bridge. The tram is in the standard Stagecoach Supertram house colours of the time (including the later dark blue section at the bottom) and by the time this image had been taken the tram had only ever known fleet livery. 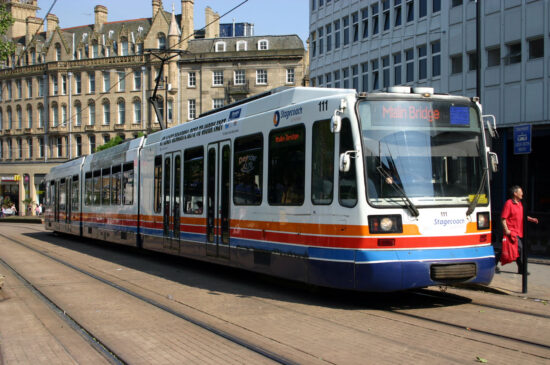 All that had changed by the time we catch-up with the tram on 10th September 2021 as it is now in an advert for Pretty Little Thing.com – which has been its third all over advert since first receiving one for East Midlands Trains in October 2010. We see the tram here having just departed from Sheffield Station/Sheffield Hallam University as it continues with a Blue route service to Malin Bridge. 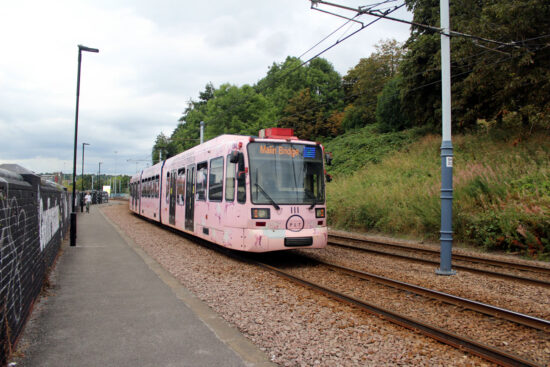