Posted on Monday 13 December 2021 by Gareth Prior

On 5th September 2006 we see Centenary 642 running past Fleetwood Hospital on North Albert Street as it nears the end of its journey as a minute or so later it will turn onto Bold Street and terminate before returning to Blackpool. By this time in 2006 the tram was in a plain yellow livery having lost its last all over advert of the traditional tramway era during July (a design for Mecca Bingo). It would keep this yellow livery – with the addition of Metro Coastlines logos – all the way through until the end of the traditional tramway. 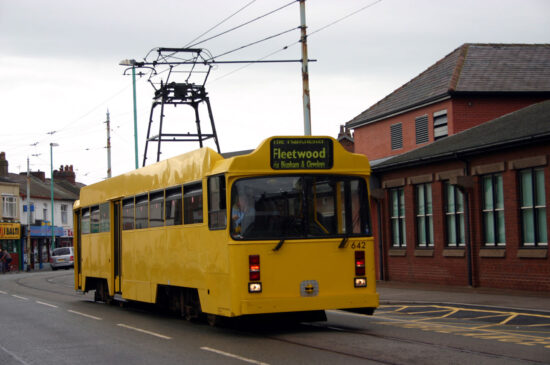 2021 and there has been a bit of change for 642 as it now carries an advertising livery for the heritage tram tickets – including the all day Travelcard. This is an adaptation of an advert carried in 1995 and now forms a dual purpose – showcasing a former livery carried by the tram as well as publicising the different tickets available. This is Pleasure Beach loop on 25th September 2021. 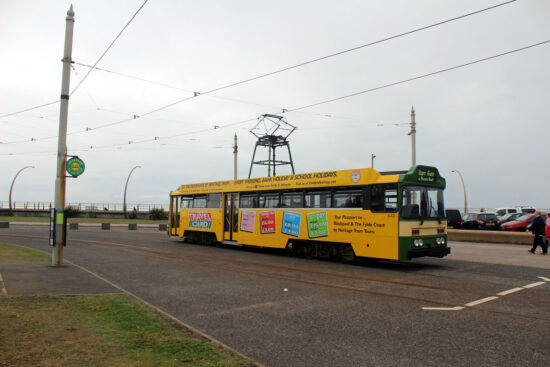