Around the World in Trams: Melbourne Scrubber Car 8

This edition of “Around the World in Trams” again returns to the Ballarat Tramway Museum to view a preserved works car.

Melbourne and Metropolitan Tramways Board Scrubber Car 8 was built in 1934 using the cabs from C class tram no. 32. It continued to be used on the tramway all the way through until the late 1990s when it was withdrawn, by which time it had been renumbered 8W. 1999 saw it donated to the Ballarat Tram Museum and within two years it was back in use again. It remains operational today and is used as a works car for the museum.

Seen inside the depot on 9th February 2020 this is Scrubber Car 8. 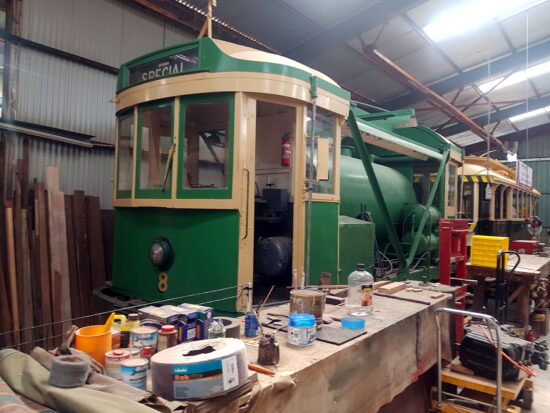