A bit of news to report from Blackpool on the Flexity2 trams is that 017 (one of the two add-ons to the original fleet of 16 Bombardier built trams) has recently received a set of cameras in the cabs. These were originally fitted to sister tram 018 but with this vehicle still out of service following accident damage earlier this year they have now been moved into 017. 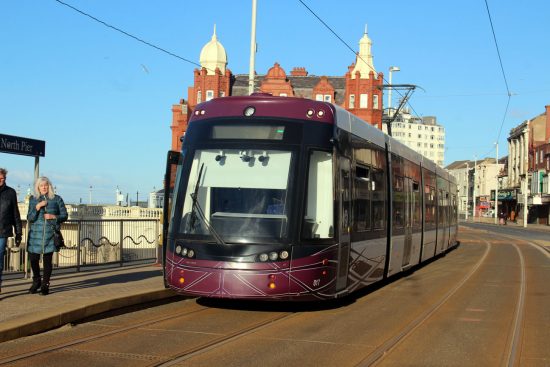 The cameras on 017 can clearly be seen in the upper section of the driver’s cab window in this view taken at North Pier when the stop was in use as a northern terminus with Police having shut the road ahead due to an unsafe building. (Photograph by Tony Armitage, 27th November 2021)