It’s the return of the full vinyl wrap advert in Nottingham with Incentro 212 having received an advert for “Carbon Neutral Nottingham 2028”. The new advert features extensive use of contravision on the windows (as in every passenger window is covered) and is publicising the campaign to make the city of Nottingham the UK’s first carbon neutral city by 2028.

With a white/blue/green background the wrap was applied in late November and is the very first full advert for 212 since it was built – in receiving the advert it becomes the tenth of the 15 strong Bombardier Incentro trams to have carried an advert. It is also the first new advert applied since the Incentros went through their second mid-life refresh overhauls which were completed earlier this year. 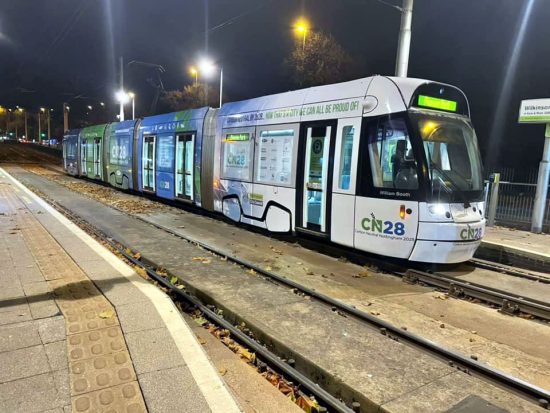 212 stands at Wilkinson Street in its advert for Carbon Neutral Nottingham 2028. This end of the advert has a white background but as can be seen the advert changes as it goes along the tram through greens and blues. 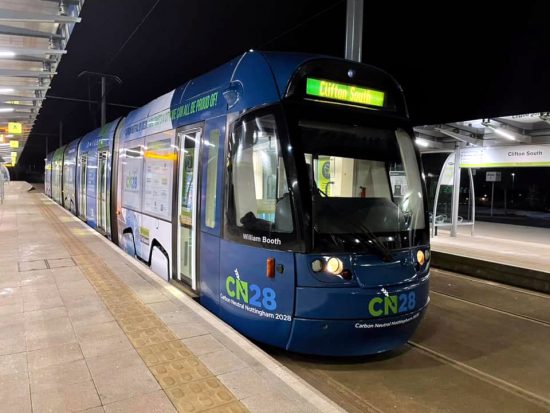 The other end of the advert as the tram waits at Clifton South. (Both Photographs by Ryan Breen)