“Picture in Time” is returning to the Isle of Man for today’s image from the past.

As with last week’s photo we are again within the confines of Laxey Station although this time we are looking to the north with a motor and trailer having just arrived with a southbound service which will eventually end up at Derby Castle after departure from here.

The motor is Winter Saloon 22 which carries the red, white and teak livery style most associated with the Manx Electric Railway. This car had only returned to service during August 1990 (with this photo taken on either 12th or 13th September of the same year) after an overhaul but its return was to be short-lived as on the last day of September a fire destroyed the body of 22 at Derby Castle Car Sheds which required a complete rebuild with the new 22 entering service in 1992. 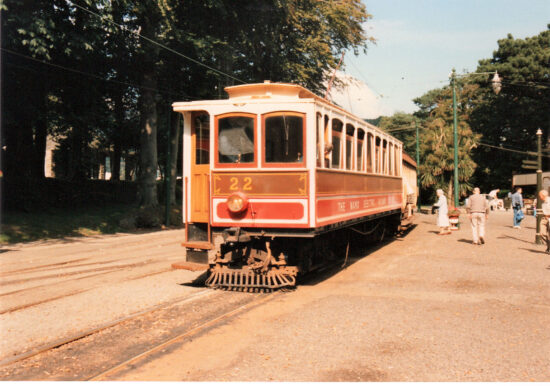