In Pictures: Excellent progress made on Talbot Road

We take it all back! What a difference a few days make in Blackpool! After what had seemed to be slow progress over the past few months (years?) on the constructions works in connection with the tramway extension up Talbot Road to Blackpool North Railway Station the first week of November has seen a major change with plenty of work on the overhead now completed with the concreting around the tracks on the old Wilko’s site also seeing good progress too. These photos come from Friday 5th November.

We last featured the works on Wednesday 3rd November and in the 48 hours since the overhead line team have been very busy. All span wires along the length of the route as far as the Wilko’s site are now in place and the ears have also been put up too. This leaves just the frog down at Talbot Square and the actual overhead wire along the length of Talbot Road to be completed (as well as all overhead fittings within the Wilko’s site but this will presumably happen once all construction works there have been completed).

The other area of attention for the contractors has been in the former Wilko’s site where not only has work being taking place on constructing the landmark hotel and restaurant but there has further progress on laying concrete around the tracks. As a reminder the tracks leading from the entrance to the site to the terminus have been fully in place for a few weeks now. 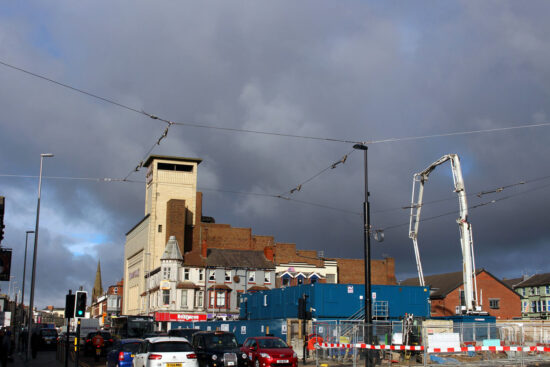 Just at the junction with Dickson Road with the Wilko’s site on the right we see the span wires and ears now installed here. 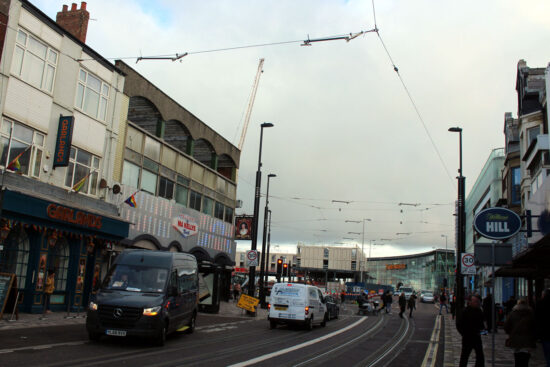 Looking up Talbot Road towards the terminus. The cream/beige building in the centre mid-distance is the new hotel/restaurant. 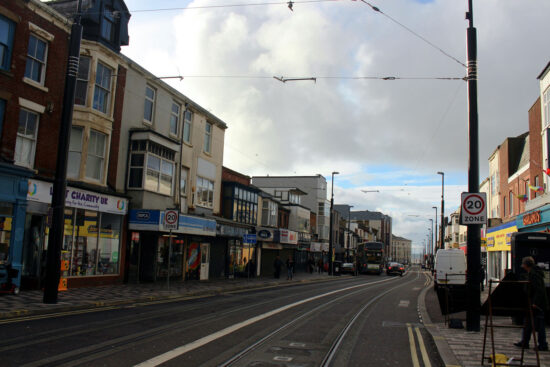 Down Talbot Road now towards the Prom with numerous span wires now seen at regular intervals. 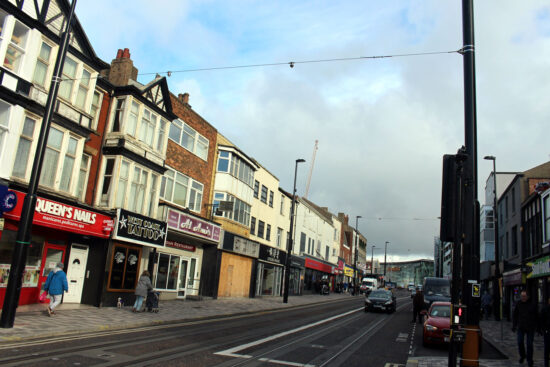 Back up Talbot Road towards the terminus as we see more wiring in place. 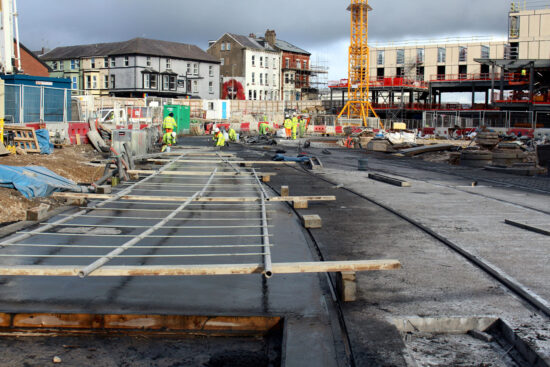 The old Wilko’s site where there has been more concreting to the side of the tracks. 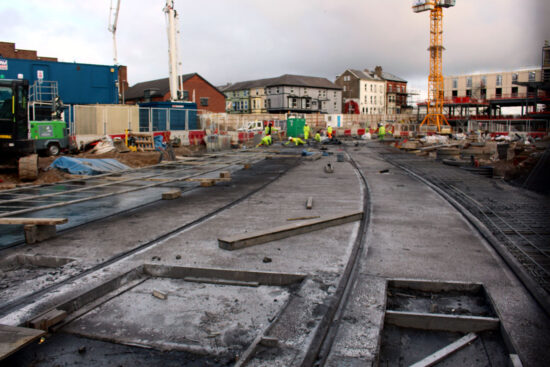 And another view of Wilko’s where we see the track in front of us and lots of concrete now on the ground. 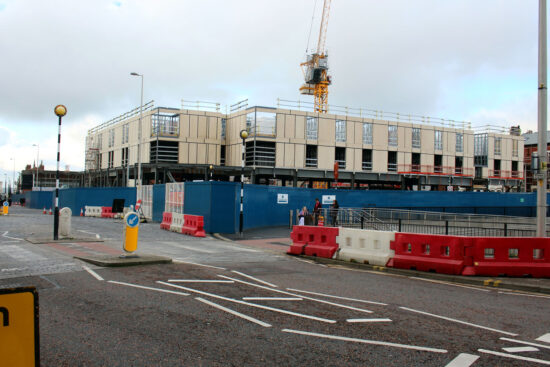 Although now directly connected to the tramway this view shows the new hotel/restaurant taking rapid shape. (All Photographs by Tony Armitage, 5th November 2021)