In Pictures: A walk along the Birmingham Westside extension

Over the past few months most of our focus in Birmingham has been along Corporation Street and at the junction with the future Eastside extension but throughout the period of that work there has been further progress on the Birmingham Westside extension out to Edgbaston Village which we are told is due to open before 2021 is over. To see what this new line currently looks like Andy Walters took a walk along its length on 4th November 2021.

This is the second phase of the Birmingham Westside extension and will see the tramway extended from the current temporary terminus at Library along Broad Street, under the Five Ways underpass and then onto Hagley Road in Edgbaston. Three new stops are due to open as part of the line: Brindleyplace, Five Ways and Edgbaston Village (recent literature seems to have changed the name of this stop from Hagley Road). Most of the line will be without overhead although the last section to Edgbaston will be fitted with overhead for which a new substation has recently been installed. 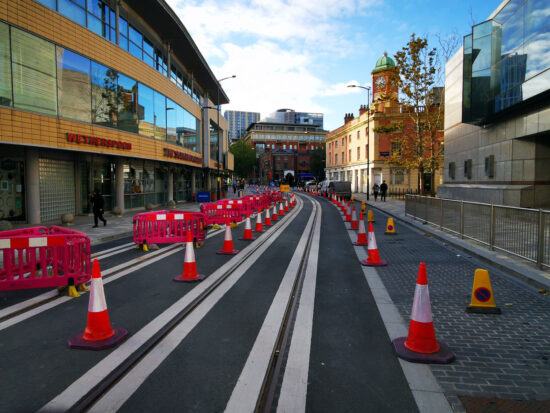 Broad Street and most of the work seems to have been completed here although there remain plenty of cones and barriers in gainful employment! 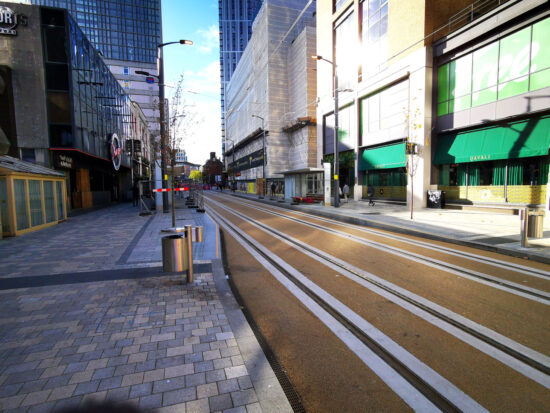 Brindleyplace tramstop. The track seems to be completed here but there remain barriers around the shelters on the platform and the passenger information still needs to be added. This is looking towards Edgbaston. 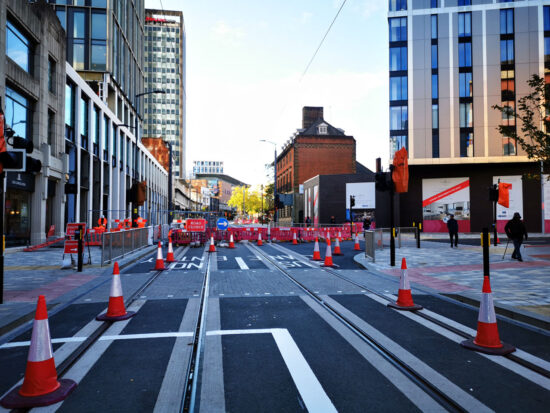 Carrying along Broad Street and the track is all down, final surface installed but it appears towards Five Ways there remains some work to be done with the road ahead marked as closed. 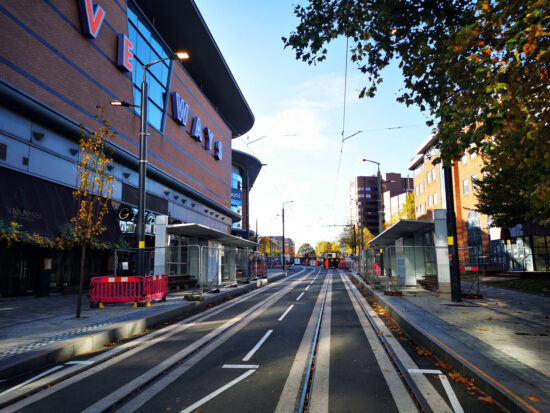 This is Five Ways tramstop. As with Brindleyplace the shelter still has barriers surrounding it and the passenger information and other signage is yet to be added. 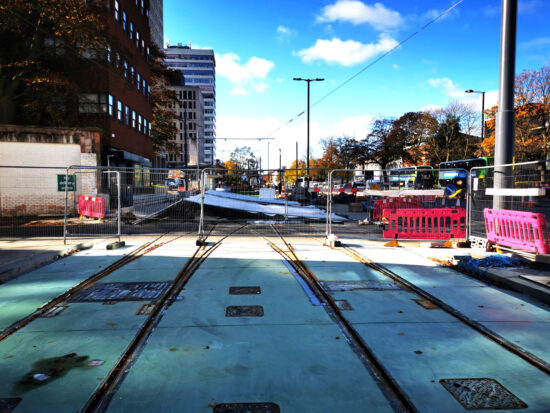 The final approach to Edgbaston Village where most of the work still seems to remain to be completed. 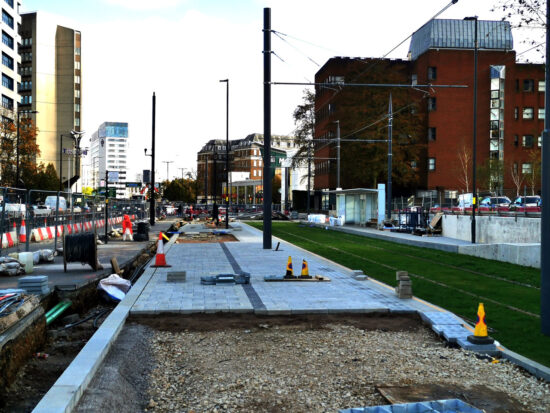 The terminus at Edgbaston Village features grassed track. This is where a fair amount of finishing work is still needed. (All Photographs by Andy Walters, 4th November 2021)

1 Response to In Pictures: A walk along the Birmingham Westside extension