Around the World in Trams: Innsbruck 304

Posted on Saturday 23 October 2021 by Gareth Prior

We have a quick visit to Innsbruck in Austria for this edition of “Around the World in Trams”.

Electric trams first started to run in Innsbruck in 1905 and the network today consists of six routes totalling 27 miles. It is a 1 metre gauge and now mainly features a fleet of Bombardier Flexity Outlook trams to operate the service which were introduced in 2007-9 and 2018-20. There is a also a fleet of museum cars which operate on special occasions. 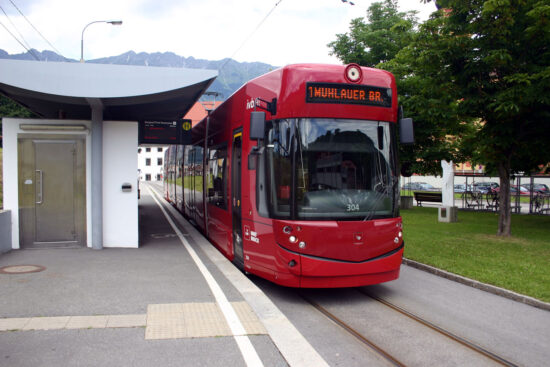